Graev has been bugging me for a week to download this game called Yo’Kao Watch Wibble Wobble. I couldn’t pronounce it let alone tell you anything about it. I had never heard of Yo-Kai Watch. I finally gave in, and I’m sure glad I did. 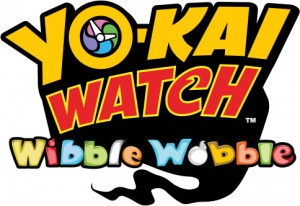 Yo-Kao Watch Wibble Wabble — I still have no idea what that means — is a matching game on mobile devices that apparently mimics something similar that released on 3DS. Its absolutely free, and so far I haven’t ofund the need to spend a single cent.

The matching gameplay is paired with a combat system where you’re fighting an opponent and they attack you every so many seconds. You have to match quickly in order to combine your wib wobs to form bigger versions of themselves. Clicking them deals damage, but clicking multiple combined wib wobs in succession will combo dealing more damage. Then there are special abilities that wib wobs have, and the whole thing becomes a lot more than matching.

Although F2P, and spending money is easily avoided, you can spend money to play more often or to make playing a little easier. Essentially you can play so many matchesÂ until they regenerate. I haven’t quite figured out why, but my matches regenerate faster than I can use them, and if they ever were to run out I could spend some free currencyÂ and buy 50 more.

The matching can be frustrating for me as it’s not perfect. The wib wobs move a bit, and my reflexes and hand-eye coordination aren’t what they used to be so sometimes I mess up my combines or fail to see obvious ones. The matching is really, really generous too. Sometimes the wib wobs don’t look close at all but you can connect them — learn this early and you’ll breeze through the first matches. There’s a lot of customization when it comes to picking your team of 5 wib wobs — It can be frustrating to figure out the best combo or what they do at first.

I like collecting the wib wobs by inserting coins into the machine — pretty satisfying. There are also daily missions and plenty of incentives to keep playing regularly. Again, I haven’t hit a wall. Graev has played for 5+ hours and hasn’t hit a wall. In fact I think this has become his main game now and he hasn’t hit a wall in a week of non-stop playing.

Definitely a fun game, and for what it is I can’t find many flaws. Apparently there’s a TV show that Graev says is worth watching. Going to check that out.