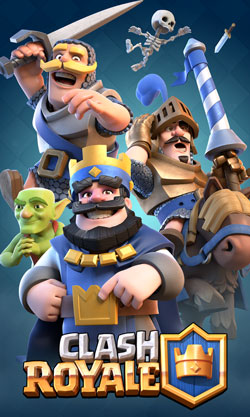 Clash Royale is my goto game whenever I have downtime. If I’m in line at Disneyland, I pull of CR. If I’m waiting for my car at the service center I pull out CR. If I’m in line for lunch I pull our CR. I play it all the time. That’s part of the appeal for me — CR can be continually played without any penalty and without being forced to wait 30 minutes for something to reset.

Despite playing for hours and hours, I’m struggling to advance. I’m stuck around 1200 trophies. Every time I come within a win of pushing past, I go on a losing streak. I’ve stopped tweaking my decks as much, but that’s not the issue anymore. The issue really is that regardless of what I use, I seem to hit the people who are higher level than me or wanting to counter me.

A few tips I’m learning to use more in my matches: 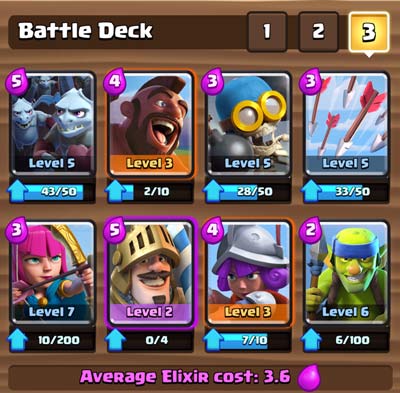 My current deck I use is mega aggresive with minor defensive counters. I’m also playing with another option but ultimately all of my problems seem to stem back to having no Baby Dragon or Skeleton army. The decks I want to build need those cards to push to later arenas.

I still haven’t spent a dime. I’m not going to, either. I’ll just keep playing until my cards are either leveled so much that I wreck people at my trophy levels or I simply get better. One has to happen eventually!