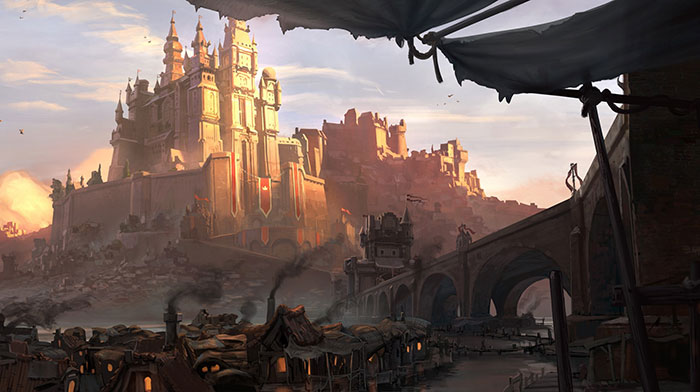 One of my favorite features in Albion Online has to be the private guild islands. Guilds like ours are absolutely obsessed with crafting. We’ll spend 10 hours a day gathering resources and have a blast. You may recall how our guild played a recently popular UO shard and was the first to not only get a house, but the first to get a second house, and the first to pretty much GM all the crafts. We’re crazy like that. 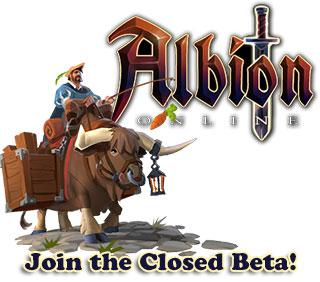 Our island is pretty nice. In just a few days we upgraded the island enough so that everyone who is crafting has the buildings they need to craft here in on our island instead of spending their hard-earned silver back in Queensmarket/town. We plan to do the same thing when the game launches in order to take care of our crafters.

So what’s the downside of a private guild island vs. an open-world city in the red or black zones? Open-world cities have a higher return rate on resources, and they are more conveniently located near higher-tier items. The resource return rate is nice, but not a deal breaker for any of us. It’s certainly not worth having to fight other people to have fun on our own terms.

Just like our guild has done in UO and other games, we’ll be hitting the economy hard at launch. Right now we’re experimenting with all of the crafting to identify what we’re most interested in doing at launch. We’ll also have members more interested in combat, and they’ll get all of their gear from our crafters.

Farming to make all of this happen was definitely quite a lot of work. Definitely on the same level as UO, or more. But there’s nothing quite like working hard to build something of your own. One of our members said it best, “I’m just happy that I have an MMO to play again.”

If you have any questions, I’m happy to help answer them. If you’re interested in playing Albion Online, I highly recommend it. Any gold you spend in beta will be refunded to you at launch, and it’s worth familiarizing yourself with the best sandbox in many, many years. Join us, and we’ll be happy to teach you all we know. 🙂