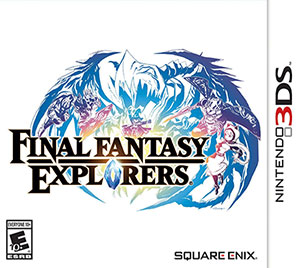 Take the classes and abilities from Final Fantasy withÂ theÂ basic gameplay from Monster Hunter, and you get Final Fantasy Explorers. The premise of the game shouldÂ be very familiar to Monster Hunter fans. Your goal is to advance your character by running quests, crafting better gear with drops, and mutating abilities. While really not even close to MH’s depth, FFE strikes a chord with me that MH wasn’t able to — FFE’s pacing is way more my style.

The game takes place on an island with diverse areas/tilesets to explore. The main hub of operations where the player upgrades gear, obtains quests, and advances the very thin plot is in the town of Libertas. From Libertas you can accept quests to go out and slay summoned monsters, bosses, etc., in an overall effort to gain more crystals. I guess you might say it’s Crystal Chronicles meets Monster Hunter. 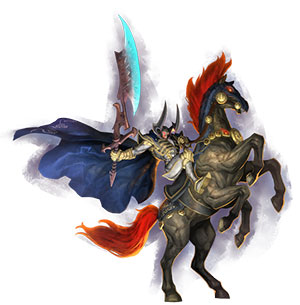 The questing system is straight forward. You get to accept one main quest and any number of sub quests. The main quest is something like “Go kill Ramuh” and a subquest can be to use a certain ability during the fight.

Combat is much more intuitive for me than MH. Although deep enough to incorporate positional attacks and skill shots, the interface and execution are easier. Hold LB and RB opens up submenus with X, Y, A, and B for each. So you can basically bookmark 8 abilities, a basic attack, sprint, and item menu. This is way easier than having to remember combos, and it works so much better too.

Battles play out much like a standard RPG or even MMORPG in real time. Combat mechanics include tanks, heals, boosters, and damagers with a variety of ways to execute each. Monsters fight back using the typical, though a tad unoriginal, mechanics too. You’ll see lots of AOE attacks, charging monsters, and ‘get out of the red circle or instantly die’ mechanics. Despite being a little contrived, they work.

Classes & Abilities: FFE has lots of them

I like how the abilities, in someÂ cases, can be used cross-class. I can use Cure on my Knight to help heal myself in a pinch.Â Eventually you can master a class and obtain access to additional weapons and abilities.

Mutating and upgrading abilities adds a whole new level of customization.Â As you use crystal surges (special abilities on timers) you can then use other abilities that, when used in tandem, spark a mutation. Mutations can stack and build custom abilities. Let’s say you use Guard during a mutation opportunity and it adds Haste. This creates a NEW abilities that will give you both Guard and Haste at the same time. It’s like ability stacking, and you can ultimately walk around with all of your abilities no longer basic simple skills but mutated abilities. The customization here is overwhelming, but if you simply focus on making abilities you think are cool and useful then you’ll get by just fine.

Graev and I have been playing FFE together almostÂ exclusively. Multiplayer works flawlessly without any lag at all. Final Fantasy Explorers works great solo, don’t get me wrong. You can create monster pets toÂ act as a companion and do just fine in the game solo, but I think the true spirit of the game is best felt in multiplayer with up to 4 players.

Again, combat is designed for that typical ‘group’ gameplay. Graev is playing a Time Mage with lots of support abilities and heals, but a healthy dose of damage too. Remember, you can customize your character quite a bit, so he has made a character that fits his style. I’m playing a Knight (standard tank) until I unlock either Red Mage or Dark Knight. I think both of those sound most fun to me.

Teamwork and synergizingÂ together, planning attacks, etc., are all beneficial in FFE. We did a boss fight against Ifrit and realized we hadn’t properly planned. Neither of us came in with the abilities we’d need to synergize a good combo or to output enough damage. Fixing that issue, we defeated Ifrit again in half the time.

There’s a little much to put here in a review. You know me, I like to keep these short and to the point with a bit of info to satisfy your questions and whether or not you should buy or skip. While FFE’s scope is easier to grasp than MH, the depth is there for at least 100 hours of gameplay. I’m going to try and rig up a way to stream FFE and/or record a video so that you guys can see it in action from my perspective.

I highly recommend Final Fantasy Explorers. Go into it expecting a game all about playing interesting classesÂ and beating bosses. This is a game about grinding for loot drops to craft that perfect weapon, customizing your abilities to make your character feel just right, and simply enjoying to thrill of the hunt. Just don’t expect a plot — there really isn’t one — or anything close to a traditional Final Fantasy game. But trust me, you won’t miss it. Looks for whatever videos I can come up with soon as they’ll answer more questions and provide more insight into gameplay.

P.S. I highly recommend you purchase FFE on Amazon. Gamestops are sold out, and Best Buy laughed at me. Amazon had it to me in 2 days.