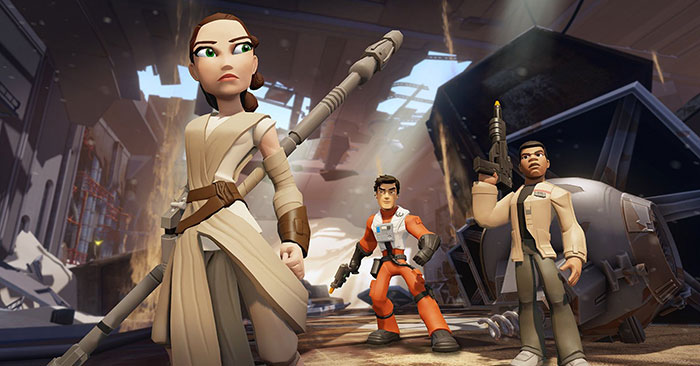 The Toys to Life genre continues to find its way into my busy gaming schedule with another play set from Disney Infinity 3.0. Star Wars The Force Awakens Play Set came out to coincide with the movie, and offers gamers the chance to take on the roles of Finn and Rey — along with others — as they unravel the mysteries of this post-empire galaxy.

I won’t offer up any movie spoilers, though the game itself doesn’t actually spoil any of the major movie surprises. Like the other Star Wars play sets, The Force Awakens play set departs a bit from the story told in the movies. This doesn’t really hurt or help the experience any, but may influence whether or not you want to jump in. 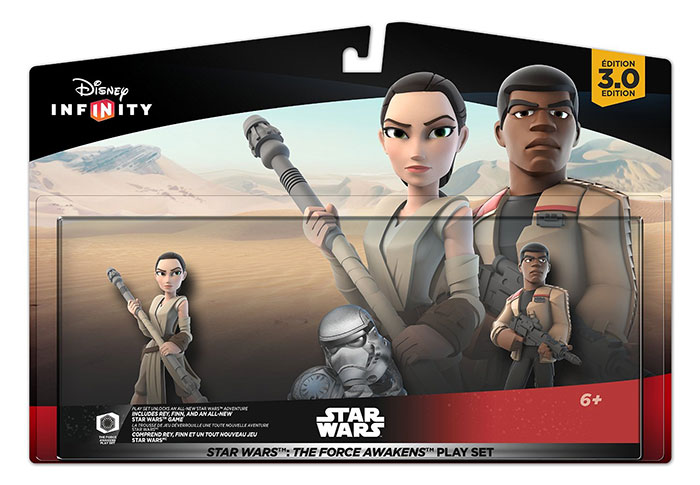 The story itself is good. The presentation is also fairly good as well. I’m trying not to say anything that would spoil the movie, so I won’t go any further on story. 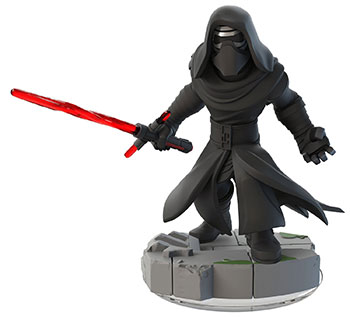 Gameplay is mostly about the characters themselves. Rey’s combat abilities are interesting, but overall this figure (which comes with the set) fell flat for me. Finn was pretty good and seems like an overall good choice for range and melee combat.

Additional figures like Poe were definitely needed to help round out some of those more difficult encounters so that you do not have to go back to a checkpoint. My absolute favorite character was Kylo Ren. The figure matches his personality and behavior in the movies perfectly, and I thought his moves and gameplay were (by far) the only truly unique ones in the bunch.

Vehicle use in TFA was wonky — more wonky than the wonkyness of the previous play sets. I actually didn’tÂ like how the ships controlled at all. Aside from one moment on Jakku where you fly the Falcon, vehicles were an afterthought.

There is a slight sense here that the play set was rushed. A lot of the side missions (blue exclamation marks) were generic even for Disney Infinity.

Overall, The Force Awakens Play Set was fun. I think it’s worth buying for a Disney Infinity enthusiast, but not by itself going to justify grabbing both the core game and the play set.