I hope you all had a greatÂ [Labor Day] Weekend whether you spent it gaming up a storm or spending time with family. I managed to do a little bit of both. My wife and I did the family BBQ thing on Saturday, then went to Disneyland yesterday and managed to get into the park an hour early during their “Magic Hour” that is supposed to be reserved for Disneyland Hotel guests. A sweet elderly cast member let us in saying, “They usually don’t let us do this, but come on in.” We went on 5 rides before the gates opened and the apocalypse was upon us.

In terms of games, I haven’t been in this good of a spot in years. I have this anxious happiness about me now that was previously filled with this “ugh” feeling. The days of having nothing to do are like a distant memory. I now have a massive onset of games that I am trying to wade my way through. 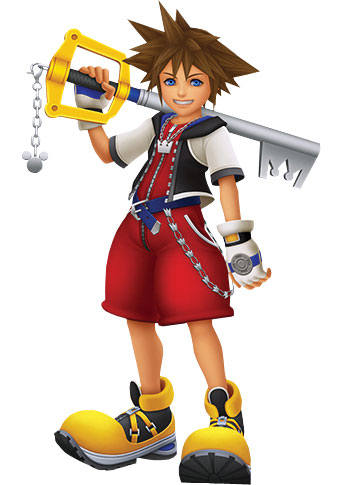 Kingdom Hearts -> I’m playing through for my very first time. I probably won’t get to any formal writeup on this, unless enough people express interest, so this is where I’ll deposit some thoughts. KH is hard. Not necessarily in the fighting mechanics or beating bosses — though those can be a challenge — but in the ‘figuring things out’ kind of way. Just finding our where the game wants me to go next requires guessing.

My wife and I are playing through this together, and as huge Disney fans its doesn’t get much better than this for gaming. The story is complex, nonsensical at parts, but slowly coming together. If you like Disney, Square, and a good RPG/adventure game of sorts then give the series a try. Warning: It starts slow.

Some other games I’m playing:

This might be the first time I have ever had games going on this many consoles and the PC at the same time. #FirstWorldProblems

Lots to come on my experiences. I just have to find time to take a breath and come up for air every once in a while.