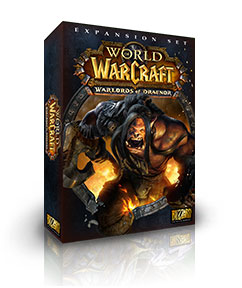 … Before truly considering a return to WoW. Yeah, I was tempted when WoD came out. Yeah, I was tempted last week when Legion was announced. The temptation to return didn’t really sink in until tonight when I was sitting here with nothing on the PC striking my interest, my friends were all offline, and the TV was occupied. I suddenly realized, WTF is there to do? I need a MMO!

The K&G Community hasn’t made the temptation any easier. Â Several still play, and the general consensus is that WoD is fun to level through. I’m not a raider anymore. I’m not interested in anything beyond seeing the dungeons. I would like to try the Garrison stuff, and you guys know me… I’m into that Farmville style house maintenance crap. I don’t know why, but I like it.

I installed the game tonight. Blizzard offered me a free ten day trial and I took it. Logging in tonight was a mixture of absolute confusion (I mean seriously 2 years), feeling a little dirty, and a twinge (just a little bit) of glee.

I’m confused about what to do, where to go, how to get started. I don’t know what class I want to play. I have characters across half a dozen servers and I want to find out where a couple of friends are playing. Â Where are my peeps at? (Is that how they speak in WoW still?)

You’ll recall I want to play a Melee Hunter in Legion. If I get WoD and have a 90 Boost should I use it on a hunter? I want to play one for sure. Maybe save the 100 Boost for an alt when Legion comes out?

Anyway, I have 9 days and 22 hours to decide what to do. Your input and ridicule are welcome.

Edit: I guess I have enough gold to buy several months of free play time with Tokens.