I chuckled when I saw “WOW IS BACK!”Â being shouted in all caps in Twitch chat yesterday during Blizzard’s big reveal of the next WoW expansion. WoW never left. Blizzard just used WoD as a stepping stone to make a little cash, keep subs just a little bit longer, and buy themselves time forÂ their next real expansion:Â Legion. 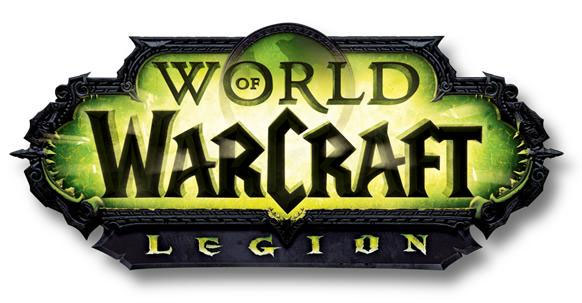 While I’m not yet at the point of saying, “screw it, I’m resubbing,” I willÂ admit that I am intrigued by and proud of Blizzard for making a few decisions that actually have me contemplating whether or not I’m on the fence.

I’m hugely into the idea that every class should feel unique.Â Class identity is paramount in all MMOs. Nothing tires me more than seeing every class DPS the same, tank the same, heal the same, etc. Every class should bring something unique to a group. I don’t know if that’s what Blizzard is necessarily doing — and I doubt they’ll implement it to that degree — but I think it’s worth keeping my eye on.

At the same time, I think they’re borderline ruining my suspension of disbelief here. There’s this weird juxtaposition of having all of the Paladins come together… then giving each of them the Ashbringer… and at the same time trying to make it feel like YOU are THE Paladin. EVERYONE is a hero, but yet we’re supposed to think we’re the only one. I think we’re supposed to just gloss over that part.

I like this system of upgrading and working on this big artifact weapon goal. WoW is a themepark, and to me a system where you upgrade your weapon to be what you want it to be meets format nicely. Yes, it’s an additional grind. It’s essentially another leveling or grind masked behind a neat facade, but it’s slightly different at the same time.

The weapons alter how you play to some degree.Â For example, the Death Knight can get an ability from their artifact to let them resurrect themselves. Other artifact things can change your rotation. That seems fairly impactful.

As you upgrade a weapon it changes to look really cool or to look like your spec. Again, I really like the idea of the weapons becoming a central part of progression.

WoW is inevitably moving toward a companion system. I think this is sort of the first step. Â I’m hoping that the idea of sending champions to an area to help you is more than an “on paper” kind of thing. I’d love to run a dungeon with a companion vs. having it say, “You sent Maive here to help you so you get a +2% damage bonus to demons! Yay!”

With the new class, new area, calling back to WC3, and some of these pretty neat changes I think WoW is definitely a lot more enticing than it was these pastÂ few years. Not yet enough to convince me to come back.

What it’ll take to bring me back: