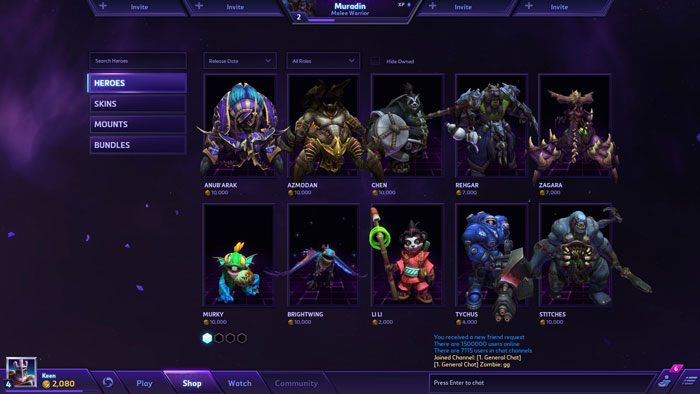 I finally got into Heroes of the Storm technical alpha a week or so ago, and after spending several hours going head to head with heroes, villains, and well-known characters from all of Blizzards IPs, I’m ready to share my thoughts.

First impression: Blizzard polish is (duh) amazing. They enter the MOBA scene years after so many others yet create a game that just ‘feels’ great.Â I don’t need to go into details about the UI being great or the game running smooth. The map is standard MOBA with a Blizzard flare (more on that in a moment). It’s all flawless, and that’s to be expected. Go watch a youtube video if you want to see more. 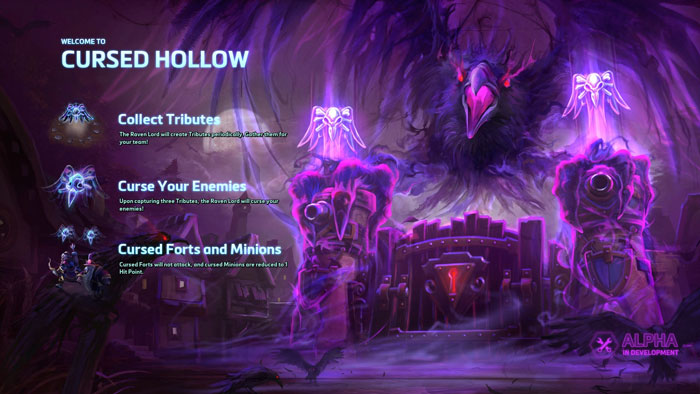 Heroes of the Storm is, essentially, a dumbed down version of other mobas at least where mechanics are concerned. There isn’t last hitting or denying. There are no items. Experience is shared across your entire team. Everything is super basic, but remarkably it works.

Gameplay centers solely around improving your team’s heroes faster than your enemy. Hero customization comes in the form of choosing talents and abilities that actually make the customization in HotS significantly better than most if not all other mobas out there. As you level you get to choose to upgrade abilities, and you have to make a choice of which ability will receive which upgrade. Upgrades may make an ability do more damage or gain an effect. 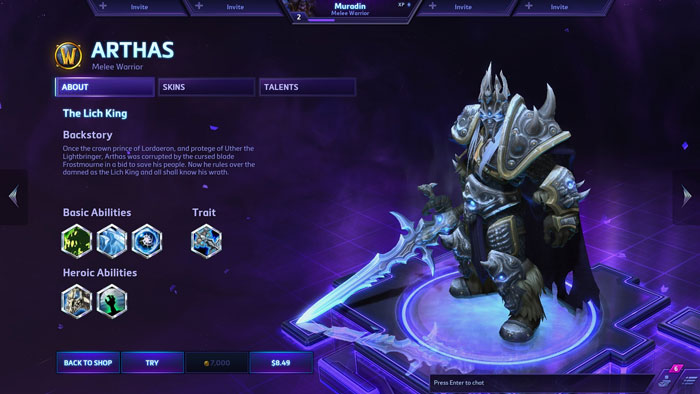 As you play heroes more and win games you unlock new traits for them and gain experience to level those heroes up. This encourages you to pick a hero, buy it (yay cash shop?) and rank it up.

HotS also has mounts. It wouldn’t be a F2P or a Blizzard game without mounts. These can be activated by pressing Z and make moving around the battlefield when traveling a little bit faster. They can also be customized (more later). 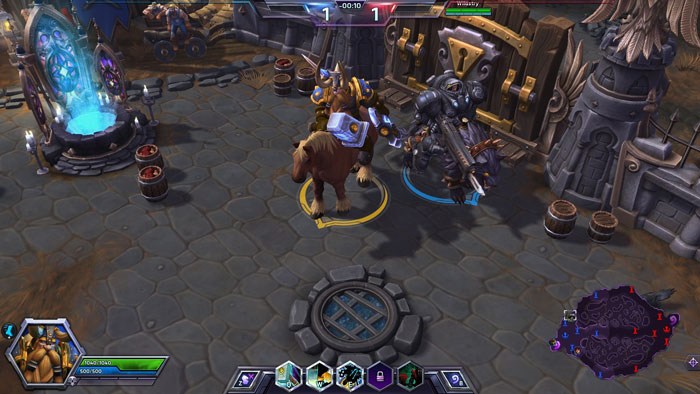 What makes Heroes of the Storm unique is the interesting gameplay twists. Throughout the match there will be timed events to gather things or beat the enemy team at performing a challenge. In the Halloween map ‘Cursed Hollow’ the goal is to curse your enemies by collecting the tributes. This curse makes the enemy creeps have 1 HP — a great way to push their base. Another map I’ve played had players entering into a goldmine (good ole classic Blizzard gold mines) to slay undead and collect tokens to spawn a boss that would fight for your team. 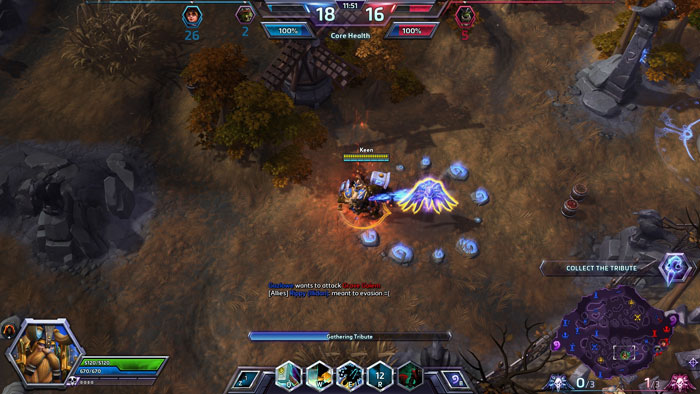 The free-to-play component of HotS disappointed me. I hate games that only make certain heroes available each week. It’s like League. I prefer DOTA2’s method of giving you every hero. You’re forced to buy heroes and they ARE NOT CHEAP. Some range from $3.99 up to I think I saw one for like $10? It’s crazy. Yes, you can unlock them with the in-game ‘gold’ you earn slowly by playing normally. Other things like mounts, cosmetic skins, and the usual fair can be found. Blizzard clearly likes Riot’s business model.

Worth playing? Yep! Heroes of the Storm is a lot of fun despite being a somewhat obvious cash grab. If you’re like me you’ll look to find the most value possible without paying a cent. I can have plenty of fun for free.