My excitement for Camelot Unchained is really starting to ramp up. Such a welcome change from the dismal outlook I’ve had on MMOs lately. Camelot Unchained is currently in pre-alpha testing. I think I get access to some version of Alpha based on my support of their Kickstarter campaign… I just can’t remember when or how I’m supposed to be getting that access.

I’ll be the first to admit that I thought Camelot Unchained would look rough. I’m not a graphics whore or snob (well okay maybe a little). Â When I saw the screenshots from the P.A.T. I was actually shocked in a good way. Take a look. 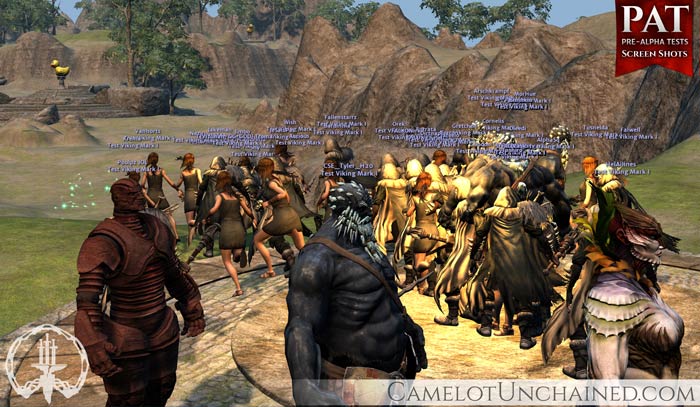 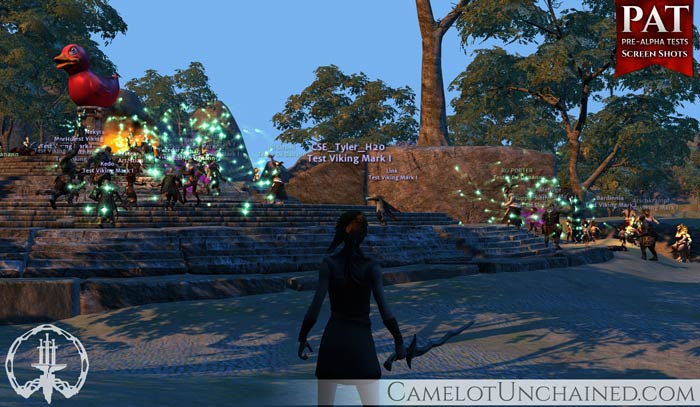 Pretty cool right? I’m liking how they’ve progressed from that tech demo. I think the character models already look good and have a lot of potential. I’m starting to get excited to think about playing this game and rekindling that sense of a big world of territories ripe for the conquering.

You guys know me. I’m typically a PvE carebear. When it comes to PvP I’m reluctant to participate and always have been since I started playing online games. The only game to truly capture my attention from a PvP angle was Dark Age of Camelot. It’s all about the realm, the large group, and the server battling together rather than guilds or individuals or teams. It’s grand scale stuff. My mind is creating these types of experience already in the graphical style of what I’ve seen in Camelot Unchained.

Something else I want to touch on briefly is the way in which Mark and his team are promoting/marketing/etc., CU. I love the blunt and matter of fact way in which they talk about their game. I’m a fan of the “our game is not for everyone” tone. I’m a fan of letting your game speak for itself rather than having to create marketing materials or bs videos of a dev sitting there talking. As Camelot Unchained enters a stage when they can start actually sharing the game itself, I hope the team at CSE keepsÂ it up.