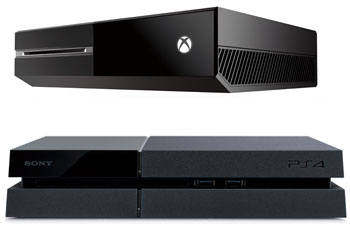 It’s not fun to admit, but I’m pretty bummed out about our current console generation. There are a lot of factors contributing to creating this overall “meh” feeling. Obviously I can only speak for myself, and for every unsatisfied person there is likely dozens more who are happy. I feel like I need to vent a little bit about some of the really annoying aspects of the supposed “next gen.” You should probably note that there is a great chance that all of my info and everything I say is entirely wrong. Hey, I should get a T-Shirt that says that.

I totally admit that I am not a very tech savvy guy, which I’ve probably said before multiple times but I’m just putting it out there. The current generation of consoles doesn’t seem powerful enough to run next gen games. Getting 1080p and 60FPS seems to be an actual challenge and that’s pretty disheartening. Price points were really important for the PS4 and Xbox One and going over anything higher than $599 is a death sentence. Maybe trying to hit that $400-500 dollar mark wasn’t the best idea since they cant put a lot of power in it while still making good margins.

I’ve always been a huge fan of more stylized visuals over the gritty realistic stuff anyway. Maybe it would be better if more devs went in that direction rather than trying to shove as many light shafts, dust particles, and sweat drop bloom effects into a game as possible. Realistically console games will never look as good as PC games so maybe they shouldn’t try so hard to be what they can’t.

This is probably my biggest gripe and I’m pretty fed up with seeing remakes and re-releases of past generation games. Sometimes this is a good thing, like when it comes to a game like Wind Waker. That was all the way back on the GameCube and they gave it a pretty great overhaul and added in some new features. I don’t see anything wrong with revisiting older titles like that, especially since they can be hard to find. What really irks me is all of the PS3/360 games that came out so recently and are getting re-released onto the PS4/XboxOne. You can get some of these games for really cheap on last gen consoles but the re-releases are full priced titles most of the time. That really bothers me and I don’t know why anybody would pay potentially $50 more for a slightly prettier game. Kudos if that’s your thing but the real issue I have with all of these games is that it is usually stuff I have A) Already played or B) Had zero interest in last gen. So for me, and people like me, there aren’t a lot of new things to play and experience.

That pretty much covers all the stuff that I can think of that annoys me. It may be that my mood is just foul because I’ve had a really long and boring game drought this summer with only a few small bright spots in it. Luckily next month seems to be my salvation and I’ll get to enjoy Destiny and Disney Infinity 2.0 along with some other stuff. I imagine things will get even better over time but if they don’t I will probably be back here bitching away.