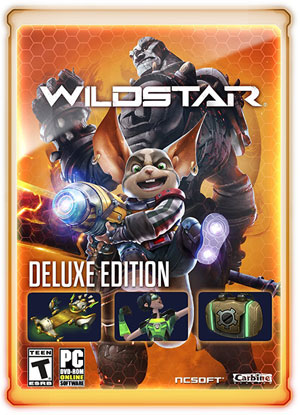 Before I go into some WildStar discourse I want to update you all on where Graev and I are at with The Elder Scrolls Online.

We officially cancelled our ESO accounts 20 minutes before the subscription was due. Â We debated back and forth the merits of playing a game that we really weren’t feeling a huge urge to log in to. Â ESO always felt like a single-player experience for us, yet failed to live up to the single-player experiences of Morrowind, Oblivion, or Skyrim. Â Playing simply became too repetitive. Â The Thieves guild,Â Dark Brotherhood, and justice system should have been in at launch. Â There should never have been classes at all and instead been skill-based. Â There should have been multiple paths to level up your character instead of letting one person do essentially everything yet creating a linear world. Â  Neither of us feel ESO is a bad game, it just wasn’t worth the money to continue when our desireÂ to log in was… well, zero. Â Coming in at 60 hours each, we got our box price and then some.

I’m biting the bullet and picking up WildStar. Â This should come as no surprise to the world: Keen buy’s every MMO. Â  Graev is still on the fence and wants to wait and see if I stick with it. Â I commend him for his ability to abstain.

I picked up WildStar on Green Man Gaming and got 20% off using the code:Â FUSWJT-B1DU64-JBV8UY

The Keen and Â Graev Community will be rolling in on a yet to be named server. Â If you’re looking for a laid-back and close-knit community feel then check us out. Â  We’re not theÂ group to join if you want to dominate 40-man raids. Â If you want a group of people you can quickly call your best friends and continue to do so for 7+ years later then look no further.

I’m going to roll up a warrior. Â I’m still debating what race I want to play. Â I’m really disappointed by not being able to play as the Chua. Â Why do classes have to be race restricted? Â That’s such an annoying system. Â After dabbling in all of the classes over the past year, the Warrior just feels the best. Â I’ll most likely have an Esper or Spellslinger alt.

My approach to WildStar is going to be moderately casual. Â If we end up raiding it’ll be with our community combined with several other guilds in a similar position. Â If that means we never see 40-man content oh well. Â I don’t care — at all. Â If we can do the 20-man stuff that might be neat, at least until it becomes repetitive.

Playing in this open beta has shown me that Carbine has made decent progress. Â Animations are better, sounds are night and day what they used to be, and I’m starting to feel in the mood for something a little zany. Â They timed their release really, really well.

I’ll have more thoughts for your as I play WildStar. Â For now just know that I’ll be diving in head first as always. Â I didn’t communicate enough of my ESO experiences, but I do plan to play WildStar and write regular adventure log updates as well as my usual critiques. If nothing else, I think getting my money’s worth out of the box price alone will be doable.