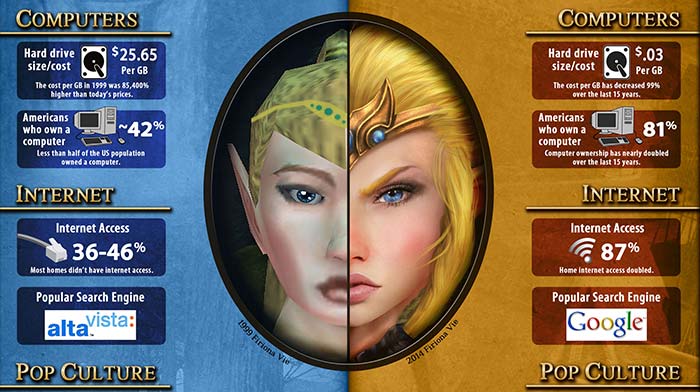 Fifteen years ago my friend asked if I would be interested in seeing something no one has ever seen before. Â “I am a tester for this game that’s not really a game… it’s like a world that I live in. Â I’m a Paladin of Freeport and I’ve met other real people who also live here. Â It’s like The Realm but in first person. Â It’s like I’m in the game!” Â That was the first and only time I have ever experienced a paradigm shift in real-time. Â Everything I knew about video games felt like a grain of sand compared to what was unfolding in front of my eyes.

Suffice it to say, you all know the rest. Â EverQuest changed the world. Â It changed my world. Â I was 14 years old when EverQuest launched. Â I think I ditched half of high school to level my Dark Elf Necromancer. Â I’ve sharedÂ #MyEQStoryÂ and many other fond memories over the years of my in-game adventures. Â I’ve compared games to EverQuest and used it as the benchmark for just about everything since. 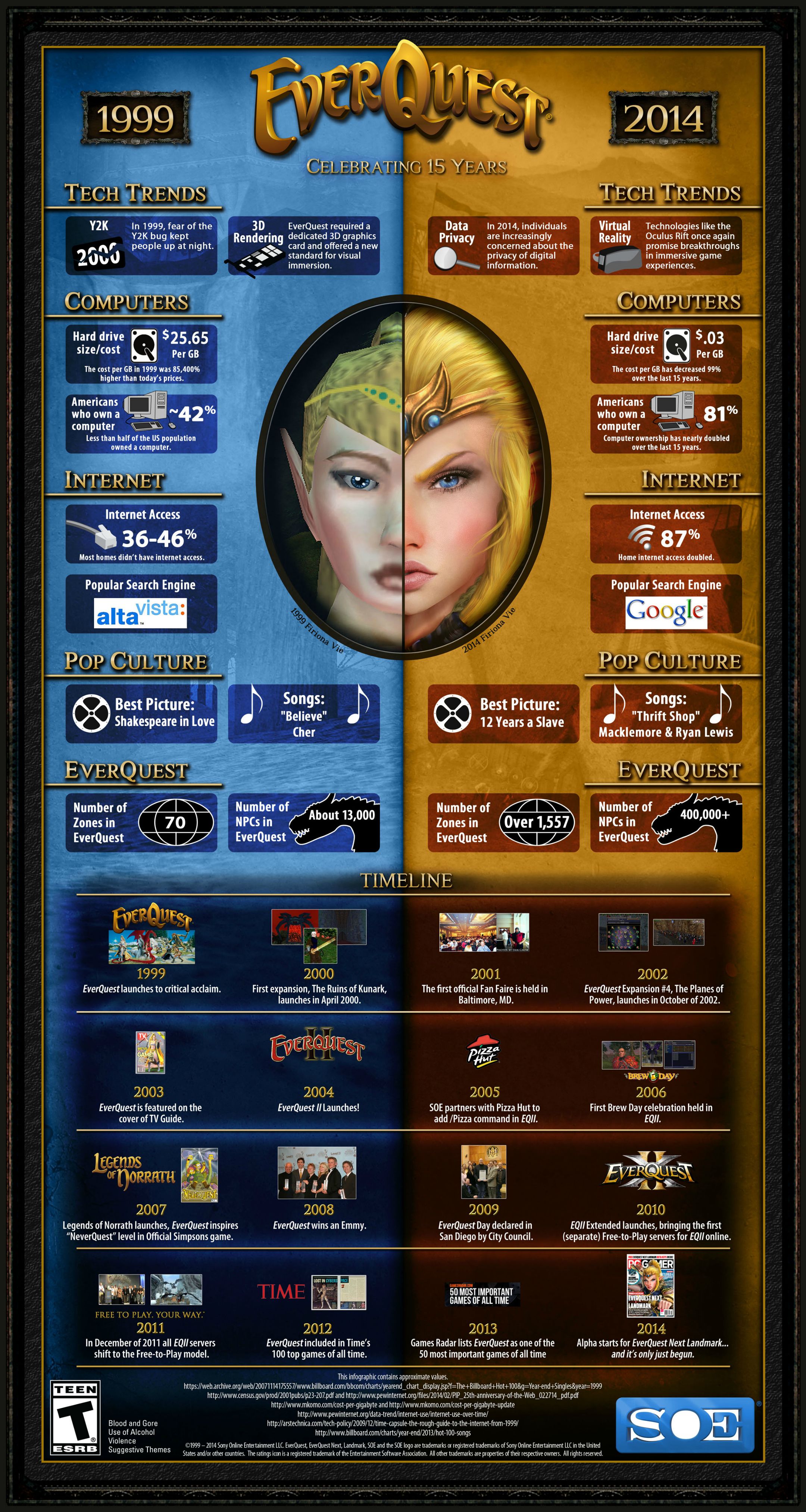 This infographic brings back some intense memories of EverQuest beyond just the game.

I remember standing in the East Commonlands tunnel on New Year’s Eve. Â We were all wondering what would happen with the Y2K bug. Â Most of us were kids. Â I remember the same question was asked in OOC chat 100 times: “Does anyone think we’ll lose our characters at midnight?”

Back in 1999 almost no one at my high school had a computer of their own. Â A few had computers in their home. Â Maybe half of the kids had the internet. Â My family was always online from the moment it was able to be in a home for personal use. Â I think my dad’s work got it for him. Â In fact, I remember when our internet company contacted us threatening to shut us down for using our connection with them to run our own ISP. Â They told us no one could use the internet this much. Â My dad had to tell them, “You don’t understand. Â My son plays this online game called EverQuest.”

I remember having to beg for a graphics card to play on our home computer. Â My dad took me out to Babbages in the Mall and we picked up some Voodoo 3D extreme card or something. Â I clutched it to my chest the whole ride home, knowing only Â how precious the magic inside this box was — it would unlock the gates to EverQuest.