*NOTE* If you at all care about spoilers then you might not want to read this. I’m going to try and be as vague as possible but read at your own risk. 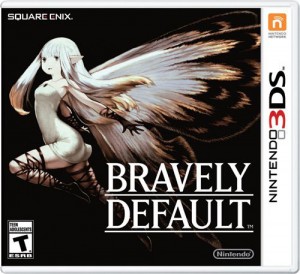 I just completed Bravely Default a few minutes ago and I’m left feeling mixed emotions. Not because I’m sad that it’s over or because I found the ending good or bad, but because I can’t quite decide how I felt about the experience as a whole. Earlier I made a post about game length, and at that point I was near the end of the game’s fourth chapter and around 40 hours in. To be completely honest I think the game should have ended maybe a little after that.

The problem with the second half of Bravely Default is that for some unknown, but assuredly unbelievably stupid, reason they decided to make the final 4 chapters a quicky version of the first four. I don’t mean as a whole, either. Chapters 5, 6, 7, and 8 have you very quickly replaying the events of the first four chapters FOUR additional times just at a quicker pace. All of the side missions are just to defeat the bosses you already defeated but the main goal is to awaken every crystal again. All of this happens with very little dialogue change as well. I won’t bother going into the details of why this is happening in the narrative but that wouldn’t be an excuse for it anyway. A game that has you replay content over and over until it makes you ill can’t be justified even if it fits within the story. I mean, even the characters start to remark about the ridiculousness of this.

I feel conflicted because I still really enjoyed the game. The combat and jobs and all other aspects of the game are top notch. I just cannot understand why they felt the need to pad the game out with extreme levels of repetitiveness. Bravely Default seems to have received many great reviews but I have to wonder how many of them only take into account the first half of the game and not the whole experience. I won’t say that Bravely Default is a bad game because it really isn’t. However I think the second half of the game keeps it from being truly exceptional.

Unexpected side effect: I think I finally understand why Bill Murray’s character in Groundhog Day started to lose his mind.