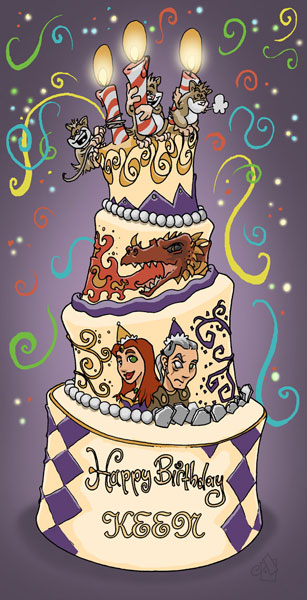 Firstly I should very much like to wish Keen a happy birthday. You are one step closer to kicking it, etc. I think I do the mortality joke every year but I’m just not feeling it this time. But yeah, Happy birthday and all that! Hurray!

My gaming backlog is really starting to creep up on me. Even more since I’ve neglected many games in favor of playing board games. Right now, just off the top of my head and not including current stuff like Toukiden and Bravely Default, I have:

The Wonderful 101 – I played the demo of this game and I really liked it. Apparently enough so to buy it not to play it. Just recently, i.e. last night, I started playing it and I was reminded why I liked it in the first place. I seriously need to put more time into this one.

Sonic Lost World – I think I’m something like 75% done with this but I really need to finish it up. I’m not exactly sure why I stopped but seeing that I have the attention span of a goldfish I suppose it’s not that surprising.

YS: Memories of Celceta – This one I actually got for Christmas. At least I think that’s when. I did start playing it recently and I’m really enjoying it but it’s probably going on long pause until I finish more current RPGS like Bravely Default.

I don’t even want to look at my Steam list. I’m more than sure it’s full of impulse buys (sales, etc) and the mere sight of it would be enough to cause a panic attack. 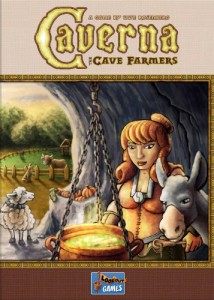 We didn’t get any real chance to play this week but I’m hoping that can be remedied this weekend. Perhaps we can complete the first scenario in Robinson Crusoe and maybe even squeeze in some Pathfinder: ACG. I guess it really depends on what Keen wants to do since it is his birthday and all. He should at least get one day where his vote counts.

We’ve started looking towards future games, too. The Witcher game is on my radar and we already went ahead and pre-ordered Caverna. Technically that last one already came out but it’s near impossible to find. Fortunately they seem to be reprinting it soon. We also decided to back a couple of Kickstarters that looked very promising. One of them is Tiny Epic Kingdoms, which is a micro 4x game and looks absolutely fascinating. The other is a tactical superhero game called Heroes Wanted which I think looks absolutely fantastic. The humor and style plus the superhero theme is right up my alley. It reminds me of games like Freedom Force and The Superhero League of Hoboken. I’m really looking forward to it.

Keen decided to bite the bullet and get a new PC. That’s pretty nice for me since it means I get his old one and now I don’t have to try and run stuff like Battlefield 4 with HALF of the REQUIRED RAM. Seriously, I don’t know how but it does work. I suppose I will also get to play EQ Landmark now that I’ve been set free of my 32 bit system shackles.
I was able to instruct Keen on how to build a circular pillar. I’ve never even played the game but it only took me a couple of minutes to figure it out. He looked at me like I was some kind of mystic space wizard. I’m not saying that’s untrue, but you just don’t go around telling people that kind of thing.