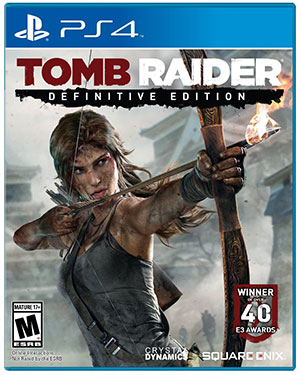 Now for the negatives…

– Some of the side collecting stuff is a bit ridiculous. In some areas there are side objectives that for some reason want you to shoot little hanging things from trees or torch posters on walls. Why? I have no idea. The frustrating part is trying to find some of these things. They seem to be the only things not located on the map. Plus your special survival vision dealy isn’t exactly great at spotting them. I can think of three separate instances that really irked me. 1, there was some poster I needed to light on fire that was WAY out of the way and about 100 feet up in the air attached to the side of some rusted old crane. 2, trying to find mines floating out in the ocean was ridiculous. 3, there was one instance where I spent 30 minutes looking for this stupid hanging sun icon that I needed to shoot. At one point I just got frustrated and aimed at a hanging dead body that was barely visible through a crack in the wall. I shot at it and for some reason I hit the sun target. I must have gotten extremely lucky because it was not visible at all and I have no idea why anybody would be looking through that crack in the first place.

– Not a lot of weapon variety. It would have been nice to maybe have two or three additional options.

– While the tombs were pretty cool they were also pretty short. Like, really short. Usually just a single room with a puzzle in it and that’s it. Also there wasn’tÂ  a whole lot of them.

– For some reason beyond my comprehension some doofus decided it was a smart idea to have the giant glowing controller light SPAZ out and rapidly shift between yellow and red any time you held a torch. This stupid light is already annoying but they somehow took it to a new level. Oh, and you hold a torch for like 80% of the game, so you have that to look forward to on PS4.

– The violence in this game bordered on the excessive. I don’t usually have a problem with violence but they seemed to really go out of their way creating elaborate death scenes and various ways to beat the life out of this character. It’s like they kept trying to top themselves.

Anywho, I did really enjoy playing the game and it was a nice break from my usual board game antics of late.