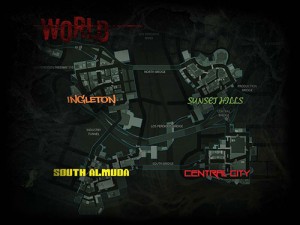 The game was immediately familiar since I had played the previous two games. At its core it seems to have maintained most of its original mechanics without screwing things up too much. The biggest change that I noticed is the ability to choose between a Story and Nightmare mode. The first gives you a generous amount of time to explore and complete goals and also autosaves your progress. Nightmare Mode is like previous Dead Rising games and the clock is constantly ticking fast so you have to make sure you complete objectives, explore, and rescue people within the time you have. I went with Nightmare Mode since I really liked the pace of the first two games and because I hate having a good time.

The story seems to be some time after the first two games; the whole idea of Zombies and being infected seems completely normal. Infected people take Zombrex so they don’t turn and are required to get “chipped” so they can be tracked, etc. You play as a mechanic named Nick who is stuck within the city limits after a recent outbreak and have only a few days to get you and your friends out alive.

The setting is really neat in Dead Rising 3. In Dead Rising 1 it was in a mall and in Dead Rising 2 is was in a Vegas-style hotel and casino resort type setting. Now we get a decent sized little chunk of a city to run around in. I’m not entirely sure how much bigger it is compared to the previous games, or if it even is, but it does feel a whole lot bigger. Especially since you pretty much need to find a vehicle to get to some places fast enough. There are a lot of different kinds of locals and interesting places to explore. 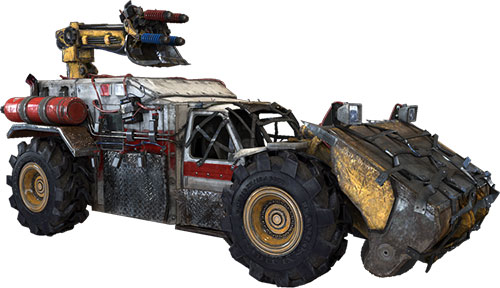 There’s a lot of cool new stuff in Dead Rising 3. You still level up like in previous games but now you gain attribute points that you can put into various sections to give you bonuses like increased HP, inventory space, more ammo, higher melee damage, etc. Each rank requires a certain amount of points and will unlock a bonus perk or something. It’s nice because you can decide what’s more important to you early on and get something like inventory space over more life.

Combining items is back with a vengeance. Now you can combine items on the go and without a workbench! There are so many different blueprints that you can find all over the place to make some really awesome stuff. There are things as basic as an axe combined with a sledge hammer all the way up to crazy electric streetlight staves that also shoot fire or ice. It’s pretty crazy. What’s REALLY cool though is you can invest skill points into certain item categories like blades or electronics which then lets you create combo weapons with ANYTHING from those categories. For example: Say you want to make the machete/shotgun combo weapon but only have a pistol and a samurai sword. Well you’re in luck since you only need a gun and a blade. It does get a little curious when you can make the same kind of thing with a flare gun but I think the convenience far outweighs the ridiculousness.

In addition to combo weapons you can now make combo vehicles. Combine a motorcycle and steam roller to make a fire-spewing rolling death machine or combine other vehicles to make stuff like heavily armored vehicles with turrets or a vicious street cleaner that sucks in zombies and spews them out in giant flesh balls. Just like with combo weapons you can invest skill points to generalize the kind of vehicles required to make these machines which makes assembling one a whole lot easier.

Stuff I’m not crazy about

There are a few things that irk me a bit. The first has to deal with combo weapons and vehicles. For some reason it seems you are required to find a blueprint before you are able to create a combo weapon. I’m not 100% sure but I don’t think you needed a blueprint in the previous game to find stuff. This can make it really frustrating when you find two items laying next to each other that you know can be combined into something awesome but you just haven’t found the little piece of paper yet that lets you do it. If they make a Dead Rising 4 I would really like to see more freedom with the combo weapons and letting us experiment with stuff. Another thing relating to combo weapons is how it feels like they are the only viable weapons. Even normal guns and swords or whatever just seem borderline useless which is aggravating at times.

The general flow of the game is similar but at the same time very different. There seems to be no time indication for your main objectives. Obviously you have to complete them all before the days are up but they aren’t really setting a pace for you. Side quests are obviously still timed but there seems to be a lot less of them than before. Not only that but they seem to be different than usual. When exploring you might randomly find people who need help but it just amounts to clearing out zombies around them and then they run off after saying thanks. You no longer need to escort them back to a safe house. I guess some people might see this as a positive but I liked the tense element that added to previous games when you had to juggle several of these morons at a time a try to get them to safety without them dying. After you complete some side quests the quest giver might offer to join up with you and follow you around but it’s more like they are helping you rather than you are helping them. You can swap these guys in and out at safe houses but I find it easier just to go out alone since these guys are borderline useless anyway.

Probably my biggest complaint would be a severe lack of psychopaths. They seemed like a really big part of the previous games and offered some of the more memorable moments. In case you don’t know what I’m talking about, psychopaths are boss encounters (sometimes optional) with over-the-top crazy people. They are usually unique and fun fights. They DO exist in DR3 but there seems to be so few of them compared to previous entries, which is a real bummer.

Stuff I haven’t experienced yet or don’t care about

I have yet to try out co-op with the game but I imagine it must be incredible fun. Unfortunately it is online only so I can’t play with Keen unless we want to drop another $600 bucks. Yeah that’s a lot of nonsense, but what can you do? I’ll test it out eventually when I’m done playing alone.

If you have a smartphone or tablet you can access special smart glass features for the game. You get access to additional exclusive side missions and abilities like being able to call in airstrikes. It seems interesting but I’m not sure if it’s interesting enough to juggle an iPad or something while playing the game. I may try it out at a later point in time.

There are some Kinect features for the game but I have them largely disabled. You can use voice commands to access menus or drop items but that’s mostly nonsense stuff so I turned it off. If you get grabbed by a Zombie you might have to wrench the controller away to break free but it doesn’t always seem to happen. Sometimes they just want you to press ‘B.’ One interesting feature about the voice commands is that you can use audio lures to lure in zombies or direct companions and you can even use specific audio taunts during psycopath fights that sometimes might piss them off or throw them off balance. Still, having to yell “You’re crazy!” at the TV 6 times before it accepts the input just makes ME look crazy, especially when other people are around.

The game does have some flaws but so do the previous entries in the series. Most people complained about its inaccesibility but now that really shouldn’t be an issue with the easy story mode. They also get to make long-time fans happy with the Nightmare mode so it all works out. I’ve been having a blast with the game and it’s probably the next-gen game I’ve spent the most time with. Does that make it my favorite next-gen game so far? Eh… Yeah, I’d say so. It’s the most fun I’ve had with next gen so far.