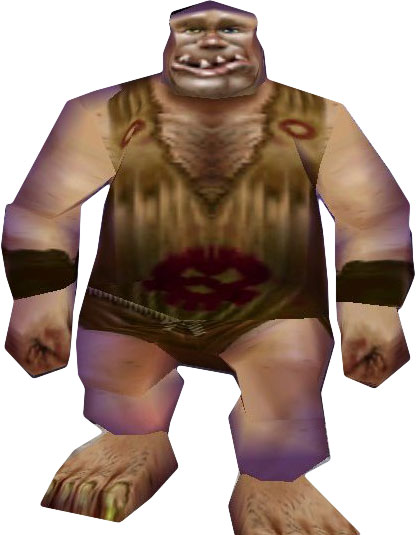 I saw the latest poll from the EQ Next team about large races — meant to be more playful for Thanksgiving — and it got me thinking about large races in MMORPGs and how back in the days of the original EverQuest the races were definitely not created equal.

Ogres were massive creatures!Â  The world of gnomes, halflings, and humans simply isn’t made to accommodate them.Â  I can remember seeing these large ogres in EQ not able to enter certain buildings because they could not fit through the door.Â Â  They were also so big that they couldn’t wear certain pieces of armor; same goes for the small races.

Iksar were haaaaated by almost(?) everyone.Â  Just to be an iksar meant you couldn’t go anywhere but your own city.Â  While the humans could go almost anywhere, if you were a certain race in a certain zone it meant you were constantly looking around for the patrolling guards wanting to slaughter you.

Stats are another way in which races are not equal.Â  The strength of an ogre is ridiculous compared to a gnome.Â  In more ways than one, certain races made better warriors than others, and often it made no sense to be anything but a certain race when choosing a class like an enchanter.

Inequality adds replay value, danger, intrigue, and makes one have to think a little.Â Â  We should demand more than gimmicky cool-downs when considering which race we want to play, and embrace the idea of one race’s strengths being another’s weaknesses. Inequality makes MMORPG life interesting.