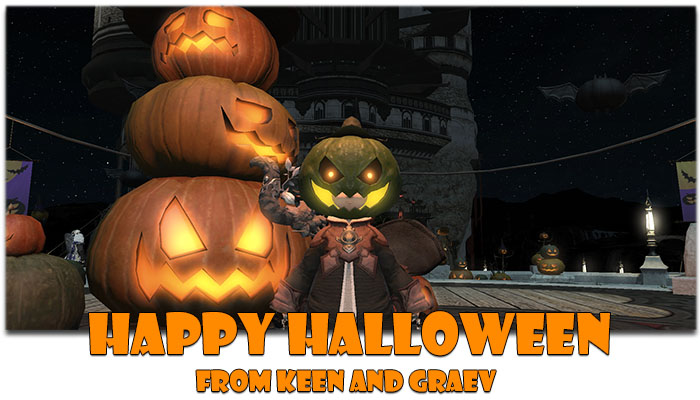 There’s a tradition here at Keen and Graev’s Gaming Blog to use Halloween as an opportunity to look back at years past and see where we were in MMORPGs.

In 2007, when we first started the tradition, we were playing EQ2 on Antonia Bayle,Â  2008 was spent in Warhammer Online,Â  2009 we were grinding in Aion, 2010 was spent in World of Warcraft,Â  2011 we were waiting on SWTOR and likely also flying brooms in WoW, andÂ  2012 was in Guild Wars 2.Â  This Halloween I’m enjoying the spooktacular ambiance of All Saints’ Wake in FFXIV while Graev celebrates his evening playing Hearthstone.

Square did a nice job with their first major holiday event.Â  All of the major cities have very traditional ghoulish decor, and the storyline they let you walk through is cute.Â  The best part of all, however, are the costumes.