FFXIV dungeons and content in general are very mechanic based.Â  Move out of fire, avoid cone attacks, remove a debuff, and DPS before insta-kill move triggers are prevalent.Â  Although very much a themepark MMO, one of the attributes blatantly missing from FFXIV dungeons is the use of the Final Fantasy theme.

There are tons of great Final Fantasy themed events and dungeons I have rolling around in my head.Â  Instead of just being about killing trash monsters to get to the next boss, the ‘dungeon’ could be an ‘experience’ to play through. Heck, who’s to say they even have to be like dungeons at all? 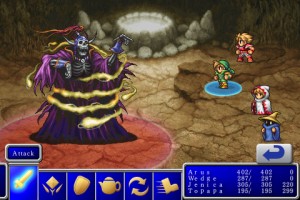 Turn-based Combat
A dungeon, a boss, or simply an event could be played out entirely in turn-based combat just like the traditional Final Fantasy style.Â  The enemies would be on the left and your party could be staggered on the right.Â  Each player would take a turn to using abilities.

Random Encounters
Another throwback idea is randomly being jumped by a group of monsters as you make your way through a dungeon.Â  Maybe mix in the overworld monsters making contact to start battles.Â  This mechanic can be implemented somehow to be a lot of fun in a upcoming dungeon. 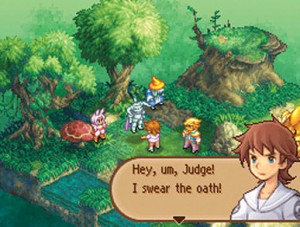 Final Fantasy Tactics
Tactics uses a movement grid.Â  Characters take turns moving on the grid and receive bonuses based on where they are positioned (terrain, position, etc).Â  It’s like traditional FF combat with movement on a grid.

Active Time Battle System
In a ATB system everyone has a gauge and once the gauge fills up.Â  Once full, it’s your turn.Â  This could take into affect skill speed and let players strategically have to use their bar. This adds a depth to the turn-based system and could also be a lot of fun. 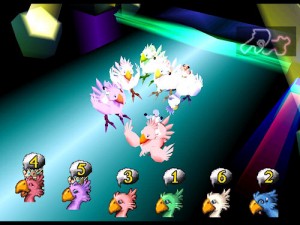 Chocobo Battle Race
Not every dungeon has to be about traditional combat.Â  Here’s an idea going outside of the box a bit more.Â  What if the entire ‘dungeon’ was a race on the back of chocobos.Â  Players could obtain powerups to fire off at each other and simply have a lot of fun racing at high speeds.Â  I see it being really similar to Mario Kart.Â  The winner could get some tokens or something.

Arena Fight
In Final Fantasy 7’s Golden Saucer there’s an arena that players can enter to battle monsters..Â  Square could always add specific mechanics to the fights like “don’t do X” or “only do Y” to spice things up and make the battles not just normal combat in a confined space. Introduce new mobs every week or month and adding different battle mechanics is a great way to keep simple content like this interesting.Â  Playing through the different arena battles could give all sorts of prizes ranging for vanity items to tomes.Â  We know they’re working on adding the Golden Saucer anyway so this is a perfect opportunity.

This is the type of content I would add to FFXIV if I was in charge. Out of the box ideas meant to excite and get players eager to do more than run through dungeons repeatedly.Â  More ‘Final Fantasy’ and less ‘MMO mechanics’.Â  Thoughts? Ideas of your own you think would make for great content in FFXIV?