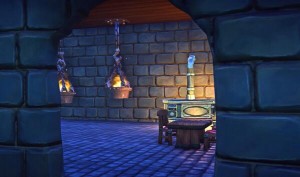 I find myself still asking the question: What is EverQuest Next Landmark?Â  I’m one of the biggest EverQuest fans you will ever meet, yet I feel like I can only define EQ Next Landmark as this ethereal ‘thing’ that exists somewhere between a MMO and Minecraft.

I know that EverQuest Next itself is a true ‘traditional’ MMO.Â  I thought Landmark was originally announced as a world exploration, world builder, tech demo ‘thing’ to build hype.Â  While it may actually be all of those things, I feel like the EQ team is actually trying to turn this into a full-fledged game meant to be ‘played’. 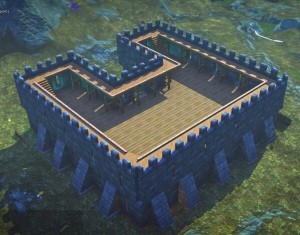 A lot of people share my confusion.Â  I’ve had a dozen people this past week ask me if I have any clue about the game.Â  I’ve had emails from a few of you asking if this is a sandbox MMO like Vanguar.Â  My favorite was a question I got in vent: “Wait…Landmark is a GAME?”

Maybe one of the fine folk at SoE who read our blog can chime in and help clarify.

As for how the game looks, I like it.Â  I really love how EQ Next (Landmark) straddles the line between realistic and stylized visuals.Â  I like the idea of building things, claiming land, going out to harvest materials, crafting, and now the idea of hunting makes it all sound like Minecraft truly taking on MMO form.

Oddly enough, despite being confused and really unsure what this will turn out to be, I’m dying to get in there and start building a house and gathering materials.Â  If I can be some kind of Halfling, Dwarf, or Gnome and build a little house, act like a hermit, and hoard things I’ll be happy.

Here’s the number one question I have for SoE: When EverQuest Next launches, what reasons will I have to continue playing Landmark?Â  That should clear up a few things.