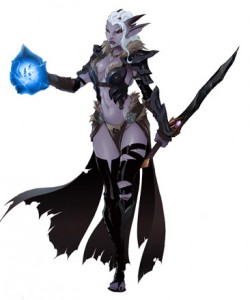 SOE’s Heroic Character announcement got me thinking.Â  In case you haven’t heard, Heroic Characters are free level 85 characters.Â  They come equipped with a standard set of gear, a flying mount, and all the amenities one needs to be very close to jumping into the end-game action. Once your Heroic Character reaches level 86Â  you have to pay station cash to continue playing.Â  The system essentially builds in the ability to take a shortcut, bypassing the first 85 levels, and have a character capable of participating in newer content.

EQ2 is an old game.Â  Those 85 levels represent many years of development, and its often hard to progress through the lonely zones all by oneself — trust me, I’ve tried.Â  I like the idea for EQ2.Â  I’ve always liked the idea when it makes sense.Â  DAoC let players make level 30ish characters if they already had a max level.Â  I think EQ2 has even offered this same type of system before if you bought an expansion.

If a game is designed around getting to max level, then something like this cheapens and ruins the entire game.Â  If we’re talking World of Warcraft, where getting to end-game means absolutely nothing, then what does it really matter?Â  A new max level character in World of Warcraft may as well be a level 1 for all its worth.

Now the reason question and debate comes if a brand new game offered a system like Heroic Characters.Â  I find myself wondering if I would still be okay with the idea of people being able to buy their way into an end-game position.Â  Obviously I’d be completely against this type of thing for a game where the journey is everything… but have I played one of those in the last 10 years?Â  Maybe the original WoW and parts of FFXIV, but that’s it.Â  Part of me has to admit that the idea of others having to progress, even if they do it in 3 days, adds to my feeling that the world is growing — it adds to my fun knowing we all have to level together.