We’re approaching level 50 in FFXIV, and before we talk about end-game bosses and hard modes I thought I would briefly talk about some of the boss fights we’ve done so far.Â  These won’t be comprehensive guides, but you’ll get an idea of each fight’s mechanics. 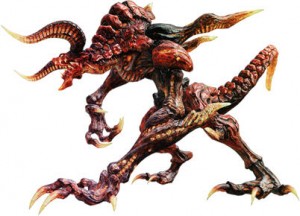 Ifrit is the Primal of Fire and Fury.Â  As you’d expect, there’s going to be some fire you want to try and avoid.Â  Throughout the fight he’ll use something called Eruption.Â  As far as I can tell, this is just something you have to heal through as it will likely take an average player to half health.Â  A decent healer can pop off a heal and be fine.Â  Ifrit will occasionally breath fire on the tank, so you’ll want to make sure only the tank is standing in front.

Around half health, Ifrit there will be a spear looking thing in the center of the room called “infernal nail”.Â  You will want to focus all DPS on this immediately and burn it down as fast as possible.Â  If it’s not killed quick enough, Ifrit will 1 shot the entire group.

After the infernal nail is down, the fight is pretty simple.Â  You’ll only have to avoid one more mechanic, and that’s the radiant plumes.Â  They will be smouldering looking circles on the floor.Â  Move out of them the second they appear and you’ll be just fine.

Overall, this fight is very simple, and it teaches players the basic mechanics while only requiring a tiny bit of a DPS check. 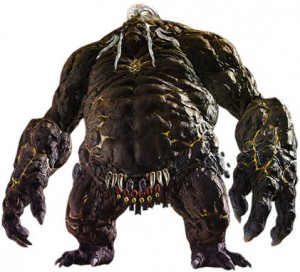 Titan is the colossal Earth Primal.Â  His hulking mass gives many players a hard time, but I find him to actually be quite easy.Â  The trick really is to make sure your group is appropriately geared with items their level, and that you know how to move.

Throughout the fight Titan will jump up into the air then slam back to the ground dealing a ton of damage.Â  To avoid the brunt of this attack, you want to move to the edge of the red circle filling 99% of the platform.Â  However, do not step outside of the red circle.Â  I know you will want to, but you’ll end up falling off the ledge when it breaks off.Â  Your healer will then want to AOE heal everyone back up, so group up quickly and return to DPSing.s

Titan will also send out a straight line attack at a random player.Â  Move.Â  Move fast.Â  Don’t even hesitate for a second.Â  If you’re caught in this hit you’ll be knocked off the platform and killed instantly.Â  This is how most groups wipe.Â  You’ll also want to move out of the rippling quakes on the floor.

Lastly, like Ifrit, Titan has an insta-kill mechanic.Â  When his heart appears, DPS it fast.Â  I recommend saving a 2 bar limit break for this portion of the fight.Â  THat’s it.Â  Titan is really that simply. 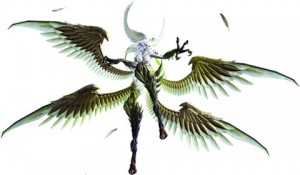 I hate this witch.Â  Garuda is the Primal of Wind, and she likes to show it.Â  In the Garuda fight there are 4 stone pillars that you will need to utilize.Â  Throughout the fight, Garuda will take to a side of the arena (alternates) and spew out a gust of wind or something that will instantly kill you.Â  Hide behind a rock, and you’re fine.

Tanks (and dps) need to be aware of her hard hitting cone-shaped frontal attack.Â  Please, move out of it.Â  A tank will almost die from it, and it eats up a healer’s mana faster than anything else.

One of the easiest to avoid mechanics is when she nukes someone.Â  Anyone around that player will also be hit, so simply spread out and the healer only needs to heal one person.Â  Throughout the fight there will also be little add-like things that DPS should focus on.Â  These adds kill the pillars you have to hide behind, so if you let them live too long you’ll be dead very soon.

Phase 2 she will destroy all of the rocks and shrink the playing field.Â  Avoid the bad stuff and don’t cluster up — remember, she will still use that AoE nuke and your healer will probably be crying right now trying to figure out how he’s going to keep you all alive.

That’s all for now!Â  I’m loving the boss fights in FFXIV.Â  Even the dungeon bosses have really great mechanics.Â  They’re just enough to provide players with a challenge, but not to the point where I feel like all I’m doing is dancing to the mechanics of a fight like WoW raids.