We’re two days in to Phase 4 (Open Beta) for FFXIV, and it’s time to start sharing thoughts on features, mechanics, how the game is faring, and whether or not we’re having fun. 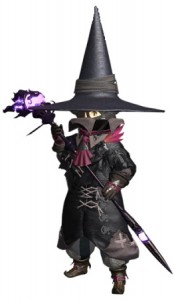 Class/Job System
I am loving this approach.Â  I just switch my weapon, and I turn into that class.Â  It’s like logging off and logging into an alt, but I get to keep my character’s identity.Â  I’ve been leveling a Conjuror with Graev’ Lancer.Â  We want to stick close together, so it’s awesome that when one of us can’t play we simply swap over to another class and go have fun.Â  Being able to keep abilities from the other classes is like a sudden boost to the depth of the game.Â  I can play a Conjuror and pick up buffs, then swap to a Gladiator but have the ability to use those spells.Â  This means much later down the line players will want to combine classes to maximize their potential. Awesome system with tons of gameplay built in.

Performance
Performance is shocking.Â  It doesn’t freeze or hitch at all.Â  “It’s like magic,” said Graev as he waded through hundreds of people in Gridania.Â  Graev is on a 6 year old rig, and albeit he has lower frames than I do on my 3.5 year old system, neither of us see a decrease in performance with other players on the screen.Â  There are TONS of people playing, and all of them are visible since I haven’t once seen a lobbied zone.Â  Square Enix did something here right in a big, big way.Â  I want whatever they’ve done here to provide ridiculously good performance, and good looking visuals, to be used in every MMO ever developed again. 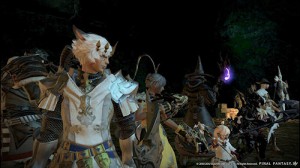 Questing
Hrmm. For the most part, I don’t like it.Â  Most of the quests are in the ‘kill 5 squirrels’ category, with a lot of ‘Go click this basket of fish then talk to me’ mixed in.Â  I’m glad these can be done once, and that any other class I play will have to do FATEs (public quests), dungeons, or grind experience chains.

Story
The story quests, albeit hard to understand since I never played 1.0 or really any FF games, are better now that I know what’s going on.Â  Some of them have been like the side-quests (blah) but some have cutscenes and really do break up the gameplay nicely.Â  One of my biggest gripes, however, is that you can’t go into these in a group.Â  You have to disband every time and do it alone.

Launch (beta?) Issues
The worst issue – BY FAR – is how they’ve handled servers.Â  Instead of queues, they’ve simply locked servers so that no new characters can be created.Â  That completely screws people out of playing with their friends.Â  We have at least six people trying to get onto Leviathan to play with us in our guild, but they can’t until Square decides to stop opening new servers and just let people queue. I didn’t get to play on Friday at all because I was 1 second (literally) behind Graev pressing ‘Play’ and the server locked me out. I know that all of these issues will be gone in a few weeks, but that doesn’t make them suck any less.

Overall
There’s still a lot more info to come.Â  Graev and I are about to run the first dungeons.Â  I’ve only begun to dive into the crafting.Â  I hate the questing, but I love the combat.Â  I feel like at times I do spam the Stone spell, but that’s because I don’t have any other abilities yet.Â  I would rather use the same ability than have to spam 20 different ones.Â  The subtle things like the experience bonus for going on a killing streak, the way my character’s eyes follow his target, the way the world feels full of people (maybe not to subtle), and just overall traditional feel of the game give me a very optimistic view of FFXIV’s future.

This is sooo much better than FFXIV 1.0, and I hope it stays that way.Â  Tons more info to come.Â  Stay with us!