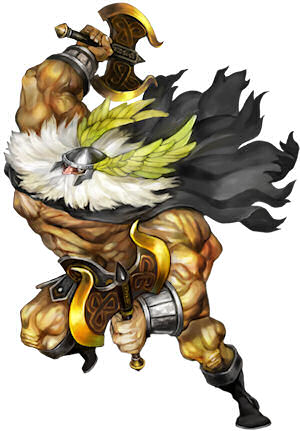 When Keen and I were growing up our (arguably) favorite game to play was TMNT: Turtles in Time on the Super Nintendo. We really haven’t spent much time with beat ’em ups since then. Fortunately, I was able to break Keen down and get him to try Dragon’s Crown. Once we started playing, however, it became fairly obvious that he was having fun. We’ve been playing the game off and on for the past few days whenever we could find the time and I figured I’d share my thoughts.

If you’ve played a Beat ’em up before then you probably understand the general gist of the game. You proceed from one side of the screen to the other through levels and fight tons of bad guys and a boss at the end. In Dragon’s crown you do essentially that but you also level up, collect loot, buy stuff, train skills, etc. I’ve found that Keen will play pretty much anything if you can get new loot in it. Interestingly enough you also control a little cursor with the right analog stick which you can use to poke at glinty spots in the background for treasure or order the little thief that follows you to pick locks. Supposedly there’s more uses for it in the future with special rune magic and cooking but we’re not quite there yet.

Out of the six classes (Fighter, Dwarf, Elf, Amazon, Sorceress, and Wizard) we opted to go with the dwarf (Graev) and elf (Keen). The classes are actually pretty different from each other, and offer some pretty unique gameplay types. As the dwarf I get to wade into the action, pick up and throw bad dudes,Â  and perform comical belly-flops and dives onto my opponents while Keen can hang back and fire off his arrows or even mix it up a little with his elemental magic and kick attacks. As you level up your character through each stage you get skill points and gain access to new abilities. Each character has their own unique skills to choose from along with some common skills that everybody has access to. I’m actually really looking forward to trying out some of the other classes so the replayability is pretty apparent.

Other features in Dragon’s Crown worth nothing:

There seems to be quite a lot of cool stuff still ahead. Â The story, while simple, has an interesting hooks that are starting to really get good, and our characters are getting some really neat abilities that make the combat a whole lot more than beat’em up.

If we run into anything interesting along the way we’ll be sure to let you know about it. Or you could just pick it up yourself on either PS3 or Vita. Now I just need to pry Keen away from EQ so we can get back to playing.