Keen and I are pretty big Pokemon fans and are eagerly anticipating the release of X and Y later this year. Until then we will have to be satisfied with what few details trickle in. Interestingly enough, Gamefreak has been teasing some new Pokemon collaboration lately. Most people would probably hope for a Pokemon MMO, which would be awesome, but there’s actually a few other ideas I’d be more interested in seeing. 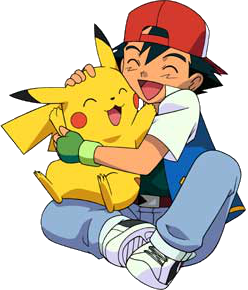 My first thought would be a Harvest Moon / Pokemon combo. The two games could actually blend together pretty darn well. Not only could you grow various berries and crops to make PokeProducts but also raise various Pokemon. There are actually several different varieties that would fit into the farm setting. Instead of just Harvest Moon they could incorporate more of a Rune Factory experience which would allow you to explore dungeons, etc.

Another really interesting idea I had would be kind of Professor Layton or Pheonix Wright style game but mixed with Pokemon. Essentially a Pokemon Detective adventure game, is what I’m getting at. I LOVE classic adventure games and the idea of playing a PokeDetective in one of the series’ big cities sounds incredibly appealing to me. Imagine using pokemon and their abilities to help you find clues, track suspects, etc. Kind of like a Pokemon version of Discworld Noir. I’d make it myself if I wasn’t afraid of the big N suing the crap out of me.

Imagine Sims meets Pokemon.Â  You could build up and decorate a town or a gym (or both) and control the day-to-day life of your trainer.Â  Go to work battling trainers by day, and go home at night to breed your pokemon, feed and train them, or maybe even coach upcoming trainers.Â  Maybe the player could choose their role — you might even prefer to run the Pokemart!

There are so many possible game combinations and ways to expand the Pokemon universe.