I hate E3. Seriously, I do. People act like it’s gamer Christmas for some reason that is entirely beyond my comprehension. The entire week is a stressful mess full of whining, screaming children throwing tantrums and insults at each other over the stupidest things. Well now it does sound like Christmas.

One thing that makes me embarrassed to be a “gamer”, labels aside, would be all the bickering that goes on between fanboys on any side of the arena. I still cant understand why some people act like it is illegal or a moral sin to like more than one video game brand. The only thing I can come up with would have to be justification and reassurance for their own product of choice because that’s all they can afford to own. There’s nothing wrong with only owning one console, though, but when you have to tear other people down just to build yourself up then you have some serious issues.

But yeah, E3… Lots of news about PS4 and Xbox One. I’ve been a fan of both brands for the past several years and thought I’d share my opinion on both systems. 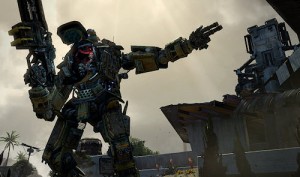 I don’t even need to bother with the name jokes as it’s sufficiently confusing enough. Name aside, I originally was disappointed with the direction Microsoft was going and still am to an extent. Their focus on all branches of entertainment media was something that did not appeal to me at all, along with several other gamers. I have zero interest in sports, I don’t listen to music, and the last thing I need is more options to watch TV and Movies. All I really care about are games. Fortunately, during their E3 conference that is all they displayed and they actually had several offerings that interested me such as Dead Rising 3,Â Ryse, Crimson Dragon, Project Spark, Killer Instinct, and Titanfall.

The things that bothered me about the XBone would, first, be the price. It’s more than I was expecting. There’s also the whole DRM thing which is an entirely different can of worms. Always online, 24-hour check-ins, no used games, etc just don’t bother me. Computer game DRM never seemed to cause any problems for me despite the outcry it gets. My consoles are always connected to the internet anyway, and I rarely ever buy and sell used games. Obviously I’m in the minority on these issues. Understandably not everybody can have constant connections with bandwith caps and some people rely on the used game market just to support their hobby. I kind of feel like an asshole for not being against these practices purely on supportive principle but… I really want the option to play Xbox exclusives. 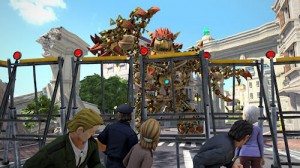 I really like what Sony is doing with their next system, and they definitely seem to be on the right track with their game focus. Much to everybody’s delight they seem to be shying away from the whole DRM angle and have no problem with the concept of used games. They get brownie points for that, I suppose, even though these bonuses don’t speak to me. I’m actually really jazzed about the price point, which comes in $100 cheaper than the Xbox One.

The only thing that really worries me would be the games. There will undoubtedly be some awesome games on PS4 but I can’t really think of any exclusives here that really have my interest. The next Killzone and Infamous just aren’t doing it for me.Â Knack does look cool and so doesÂ The Order: 1886, but I don’t think there was even gameplay footage of the latter. I’m hoping that we get some cool stuff at the Tokyo Game show or something.

It’s a tough choice, really. Xbox has a lot of exclusives that interest me but Playstation seems to be going in a direction that is going to be better for gamers. I’m not a specs guy at all so I have no idea how to tell which system is better than the other. I’ve seen people breakdown both, and both somehow end up stronger than the other. More often, however, I see the PS4 being declared the more powerful system. Supposedly the GPU is 50% faster and the RAM is better and they have more of it to allocate since they don’t have 3 operating system, etc. I don’t pretend to know what the hell I’m talking about in this regard, but if it means multi-platform games have the edge on PS3 then that is definitely something to consider.

Like I mentioned before, I plan to get both eventually. When I consider all things, however, I think my first buy is going to have to be the Playstation 4.