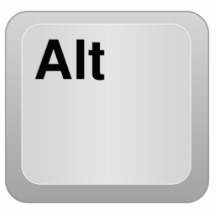 I have a serious love-hate relationship with alts.  For years, and years, and years I was an altaholic.  I went to meetings, got back on my feet, and eventually began playing just one character.  But while thinking about this topic tonight, I realized since then I’ve stopped enjoying MMOs as much.  Have you seen the new seasons of Arrested Development?  I seriously heard that exact “coincidence” whisper in the air; but is it really a coincidence? Maeby you can think on that while I continue.

There’s this awesomeness about alts.  Just knowing that I can replay through a game as another class, or go another path and have the same amount of fun makes me instantly feel good about playing.  It’s like I’ve justified my purchase in some extraordinary way.  If a game is good enough to play through again, it must be something special.  I want alts to once again be this joyful indulgence for me.  I want to feel like I can’t possibly reach max level if I don’t stop playing all of my alts and pick one to focus on.  That’s an awesome problem, but one I’m having less and less.

Not every game should allow alts, though.  I think Star Wars Galaxies is a great example of how you can have the best of both worlds.  One character.  Only one.  You can be whatever you want on that character if you put in the time, and if you want to switch then start unlearning and go down a new path.  This kept class population in check, and gave people real decisions to make.  It was like being able to play all my alts at once.

But lately I hate the concept of alts.  Alts replace the role other people are supposed to play.  People think they don’t need to rely on someone else because they can just roll an alt and fill that role.  Alts devolve into twinks that just burn through content and make me question if I really loved playing the first time through.  Alts are this defense people throw up when someone says they ran out of things to do — “Have you leveled an alt yet?”  I can’t even find a single class I like in most MMOs these days.  I end up hitting the max level and hit a rock and a hard place: I don’t like any of the class choices -and- I don’t want to go through the content.

I’m really conflicted.  Maybe the devolution of MMOs is to blame, or maybe there haven’t been any really good games to play alts in for a while. Some people will chime in almost instantly that they still struggle with the urge to play so many alts  (you know who are) and can’t understand where I’m coming from.  I can’t identify with that position when it only takes 20 hours to reach max level, and I could have every class to the max in a few weeks if the game was really worth playing through all over again.

What are your thoughts on alts?  Do away with them entirely and improve the overall experience?  Bring back the old EQ way of doing it where alts were a serious work because leveling anything required you to commit?  WoW’s method of cranking out alts? Maybe this all boils down to me wanting to enjoy a MMO more, and for a longer period of time.