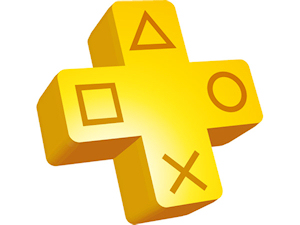 I feel like I’m incredibly late to the party.

Of course I’ve known of the existence of the PlayStation Plus program, but I never really knew just how awesome it would become. I suppose I wrote it off back when it first came out because it wasn’t a required service like Xbox Live, and I must have figured they would never offer anything worthwhile. Of course I was wrong, which obviously doesn’t happen that often.

I’ve probably mentioned a few times by now that I have a new Vita. The PlayStation brand hasn’t been getting as much of my attention as it deserves over the past few years so I wasn’t really aware of any of the Plus offerings until I found out about their whole “Instant Game Collection” thingy. It’s actually pretty awesome that I can play games like Uncharted: Golden Abyss, Gravity Rush, and Disgaea 3 just by being a subscriber and it’s what initially caused me to sign up for a year of the service. Not only that but just recently Sleeping Dogs appeared among the PS3 offerings so I feel pretty jazzed about that. They also cycle these games every month so you are constantly getting new and interesting things to play as long as you are subscribed. I’d say it’s worth it for the ability to play these games alone, but you also get great discounts and exclusive deals on stuff.

It actually makes me wonder what exactly it is I’m getting with my Xbox Live subscription. I believe I’ve been a member for 8 or 9 years, at least according to that big number next to my gamertag, but I’m not really sure I have anything to show for it other than some truly horrific customer service experiences. Sure it grants you the ability to play games online and do some other minor things, but those seem to be free on every other console… I’m actually scratching my head on this one.