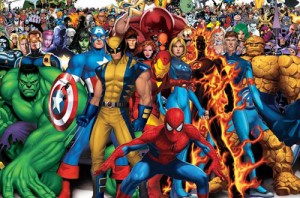 I was thinking about this earlier, and I find it kind of odd. It seems lately quests in MMOs are trying to portray you as some important person or somebody who interacts with important people. What I mean to say is that according to the story in the game you seem to be quite the mover and shaker around these parts. This really perplexes me because I don’t see how thousands of people all existing within the same game world can all at once be the hero of the story without cheapening it.Â  If you really want a unique story that casts you in the role of the savior of whateversville then why aren’t you playing a single-player game? They tend to do the job a whole lot better.

I’m not saying that quests where you play an important role are bad. However, it seems that so many games nowadays are designed around questing. Also, every MMO is trying to infuse a story as well because, hell, that’s important right? No… No it isn’t. It REALLY isn’t. And this is coming from somebody who loves to hear a good story and loves even more to write them. Stories in games can be FANTASTIC but MMOs really don’t need them. You can have an overall theme or direction that shapes the lore of the world over time but when you try to tell important, epic stories through quests it is just bad. It’s so because you are making each player the main character of the game and that’s really not the point. Like, at all. It really isn’t, trust me. People that are looking for this experience, again, should seek better offerings. No, really, there are some great games out there where you don’t even have to interact with other people.

Deep down I know I have no right to dictate that players should play something else, but I still really want to. I mean, I liked it when MMOs were a certain way and catered to a specific demographic. However now it seems like there exists a large population of players that want, basically, a single player experience with the option to play with others if they so feel like it. What the hell is up with that? I just don’t understand this at all… The point of MMOs, or at least what I thought, is to exist in a world with MANY additional people and communities of which you needed to rely on and be apart. You are just a cog in the machine as it were. This culture of self-centered players and games that essentially put you at the center of attention primarily, and oddly enough, to your own self… it just… there are no words, man.