I had the pleasure of speaking with Mark Jacobs this past week about his upcoming project which was just officially announced today.Â  Mark is diving once again into the realm (pun intended) of MMORPGs — more specifically, three faction RvR — with Camelot Unchainedâ„¢!

The setting for Camelot Unchainedâ„¢ is once again the medieval Camelot setting focusing on what Mark calls a “re-imagining of the lore” like they did with Dark Age of Camelot, where the world of legends has come to life and needs to be rebuilt by the players. Â Â  The three factions are Arthurian (Camelot), Viking, andÂ Tuatha (based on the old legends/stories about folks like Lugh, Nuadha, etc.).Â Â Â  Here’s the kicker:Â Camelot Unchainedâ„¢ is entirely focused on RvR with very little to no PvE.Â  All progression comes from RvR.

I wanted to dig deep to really get at the heart of what Mark is trying to do with Camelot Unchainedâ„¢.Â  I told him on the phone that my post isn’t going to outline features or repeat the same info everyone else has — I want the raw emotion, the purpose and the thought process he’s going through as he prepares to embark on what is shaping up to be a massive undertaking.Â  Our conversation was one of the best I’ve ever had with a developer. 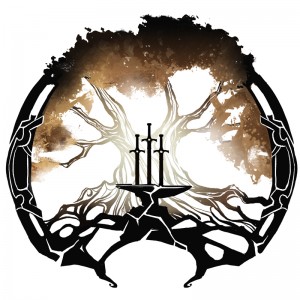 To better understand just how dedicated Mark is to the idea of making a PvP game, I asked him about whether or not he thinks he might scare some people off by creating a game entirely about smashing skulls, taking territory, and playing against other people.Â  Mark was extremely candid (as usual) and said that he is well aware that PvP scares some people, but he’s not making a game for them.Â  He knows this game won’t be for everyone, and he’s not shooting for numbers. He’s not looking to launch a game to contend with WoW, or even to be the next big thing.Â  He has humble aspirations, and tells me if they achieved niche status then he considers that a huge success. “Numbers don’t matter. I know we’re not going to appeal to everyone, and I don’t care.”

Mark told me his team’s design philosophy is, “What is going to make the most fun RvR game?”Â  He’s making a game for the people who love RvR, who love PvP, and who want a game dedicated to providing that experience, and that experience alone.Â Â  In fact, he quoted what will be a slogan during development:

To accomplish this goal, Mark is abandoning the idea of a mass-market vehicle.Â  “We’re bringing back arrows.”Â  He said that with such conviction that I wasn’t sure whether or not it was a fact or a metaphor.Â  Turns out, it’s both.Â Â  In addition to actually having ammunition, Mark’s goal forÂ Camelot Unchainedâ„¢ is to bring thinking back into the mix.Â  He wants you to value every arrow in your quiver, think before you cast a spell, and decide if going in to your death is worth it.

Mark said they’re going to get away from the soccer match between six-year-olds; in other words there will be meaning to your actions and you won’t be keep swapping and instantly getting back into the fight to contend meaningless, frivolous objectives.Â  He put extreme emphasis on making people play the game, not the system, and once again emphasized it should take intelligence to play.

The game will be class based and have some form of alternative leveling system.Â  Mark clarified that personally, he likes skill-based systems, but over the years he has learned that RvR players (he specified RvR, and said they are different from ‘PvP’ players) like classes, and they like filling a role.Â  “We’re putting the ‘R’ back in Roleplaying,” he said.Â  Going along with roles, crafting will play a central role in Camelot Unchainedâ„¢.Â  All gear comes from crafters.Â  Players can dedicate their entire play-time to crafting to the point of opening shops to sell their wares.Â  Yep, there will be open-world housing. 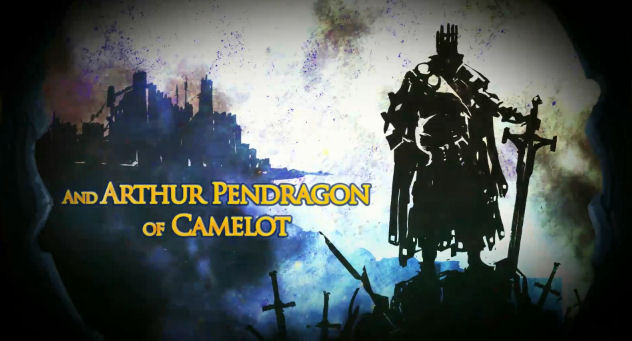 Alright, that’s the gist of the information Mark gave me that he’s allowed me to share.Â  I know that was a lot to take in (going through sensory overload myself), but I hope you read through it all because I want to hear what you think.Â  Personally, I think it’s bold; but that’s Mark Jacobs.Â  More than anything else, I love his approach to making the game niche and I have nothing but respect for -any- developer who realizes you don’t need WoW’s numbers (or gameplay) to be a success.

Knowing who you are, who you want to be, and how to get there are three things very few developers ever understand.Â  After talking with Mark for a few hours, I think City State Entertainment has those down; whether or not they get there we’ll have to see.Â  I’m rooting for them, and I encourage anyone else with respect or excitement for what they’re undertaking to do the same.Â  Look for their Kickstarter coming in March.