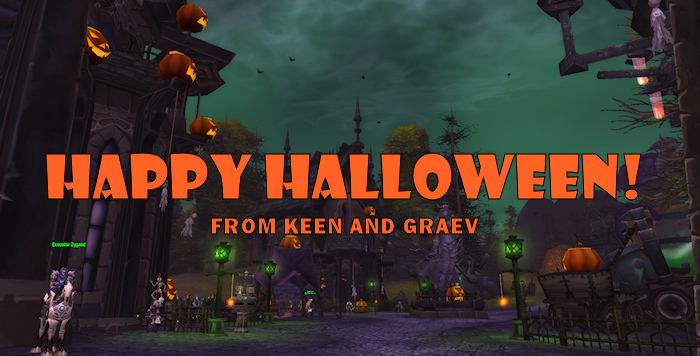 We want to wish you all a happy and safe Halloween!

We have a Halloween tradition here on the blog.Â  Every Halloween we reflect on what MMO we were playing at the time.

In 2007, when we first started the tradition, we were playing EQ2 on Antonia Bayle,Â  2008 was spent in Warhammer Online,Â  2009 was oddly enough spent in Aion, 2010 was spent in World of Warcraft, and 2011 we were waiting on SWTOR.Â  This year will be the year of Guild Wars 2.Â  The Halloween event(s) are pretty good, but the costumes are the best part.

Deciding which MMORPG has the best Halloween event is always hard.Â  In terms of overall atmosphere, perhaps WoW does the best job of creating a sense that the world is celebrating a holiday.Â  Share with us what MMO you’re playing this Halloween, and/or what your favorite Halloween event has been over the years!