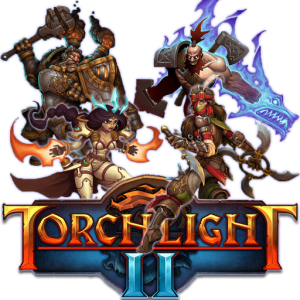 Torchlight 2 is a fantastic game, and worth every penny of the bargain price ($20).Â  I could end the review there, but let me qualify that one sentence review with some comparison and pro/con treatment.

Each of the four character classes can be specialized a variety of ways.Â  Unlike Diablo 3 where every character develops identically, and customization is a matter of simply choosing what ability is handed to you, Torchlight 2 lets the player allocate the points into both stats and talents.

I don’t know how random the areas are in Torchlight 2, but I know that I’ve already seen several different layouts throughout zones and feel that the replayability benefits tremendously when areas do not look identical every time.

Torchlight 2 is a loot pinata.Â  Opening a chest or killing a monster can unleash an explosion of loot.Â  I don’t know why, but I have an impulse to find loot in TL2 that I didn’t feel in Diablo 3

Diablo 3 has the auction house, extreme multiplayer integration, and just so much tacked on crap that gets in the way.Â  Torchlight 2 is a very distilled form of what works.Â  Personally, I appreciate this approach of keeping what works and cutting out the unnecessary.

I can’t decide if it’s a pro or a con that points spent are permanent, and that you must commit to how you build your a character.Â  If you want to respec, though, you can simply download a mod.Â  That’s because Torchlight 2 is entirely mooddable.Â  I’m excited to see what else the players come up with to augment the game.

I have no idea what is going on in the story.Â  I get the general sense that some bad guy is moving through the game and I’m chasing after him top stop him from doing bad things.Â  In other words, the story is lackluster and I am compelled to move forward only by the joy I take in slaying bad guys.Â  Contrast that to Diablo 3 where I was only intrigued by the story.

Given the choice, I would buy Torchlight 2 over Diablo 3.Â  Pick it up!