I beat Batman: Arkham Asylum this week!Â  It’s the same feeling I had when I beat Mass Effect a few years after it launched: I’m now apart of a special club.Â  Now I’m working my way through Arkham City, and I’m enjoying the open feel of the outdoor prison.Â  Playing these games on PC is actually much, much better than I thought it would be.Â  Games for Windows gets a lot of flack.Â  I hated using it for the Dawn of War games, and at first it got in my way while trying Age of Empires Online, but for Batman it is integrated so seamlessly I can’t complain.Â  not only does it automatically handle all the logging in, but it gives me credit for achievements on my Gamertag as if I played on the Xbox 360.Â  Top it all off with magnificent Xbox 360 controller integration, and the whole experience gets an A+ from me.

I also beat Orcs Must Die! 2.Â  Great game, as I mentioned this week in a previous post.Â  I thought it was brutally hard at times to 5 Skull a level.Â  Orcs Must Die! 1 felt like it was designed to allow players to do their best the first time through, but in this sequel it’s like they know you will struggle the first time until you come back later with better traps.Â  The levels are also designed to accommodate 2 players easier than one.Â  And just when I thought the game was as hard as it gets, I found out it has a Nightmare mode that just unlocked.Â  Sheesh! 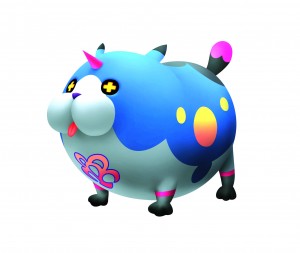 I love my Dream Eaters in Kingdom Hearts!Â  They are cute neat little buddies that can be trained to fight alongside you.Â  They basically take the place of Goofy and Donald.Â  I beat the first world (Traverse Town) which is neat because it has new areas we haven’t seen before.Â  The 3D quality is good, and so far I’m really enjoying the game.

I picked up Final Fantasy 13 this week.Â  I told you last week how I picked up FF 13-2, but before I play it I decided to replay FF13.Â  Currently on the last disc of this three-disc game.

Last but not least, I finished up Assassin’s Creed Revelations.Â  I ended up liking Revelations a lot more than I thought I would.Â  I figured it would just be aÂ  fun diversion, but I ended up getting drawn in to the experience.Â  Definitely worth playing because now I’m really, really excited for AC3.