I thought I was sure about playing a Ranger when GW2 launches, but this weekend has thrown a wrench in my plans.Â  I blame the structure PvP — battlegrounds — for my flip-flopping.Â  Classes behave so different when put in an isolated frag box.Â  There is a ‘best spec’ and a ‘best team comp’ for winning tournaments.Â  I’m told it’s just like the original Guild Wars, and I can say from experience it’s similar if not worse than WoW’s Arena min-maxing.

I think what I’m going to do is forget I ever played in battlegrounds.Â  I had fun — lots of fun — but there was another side to it of frustration thinking about how it’s unfortunate you can’t win a tournament without a a particular class in your group or even being in your group can be a detriment.Â  I love the Ranger in PvE and in WvW.Â  Maybe I’ll just leave it at that and have fun.

The Steam sale has decimated my funds.Â  I bought the Batman Franchise 88% off then picked up the Fallout New Vegas pack that came with all the DLC and saving a fortune.Â  I also bought Arma 2: Combined Ops because it was 40% off and I want to give DayZ a try.Â  This has officially created the biggest backlog I’ve ever had, and ensures I will not be bored one minute until GW2 launches. 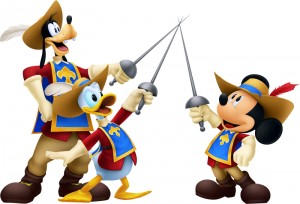 I’m still on my adventure game kick.Â  I played and beat Back to the Future, and I’m working through Sam and Max seasons 1 and 2 (which I’ve already played in the past) as a refresher so that I can play season 3 for the first time.

Keen and I also played Skylanders a bit this week prepping for Skylanders Giants in the Fall.Â  I’m leveling up some Skylanders that I want at max level for Giants, and finishing up some expansion pack content.

Last but not least, I just started playing Final Fantasy Theatrhythm.Â  It’s a lot of fun and very nostalgic.Â  It has music from the first 13 FF games and, like the title alludes, it’s a rhythm game.Â  It’s the first 3DS game to have paid DLC.