I also finally beat Kingdoms of Amalur: Reckoning today.Â  To avoid spoiling it for anyone, click ‘read more’ to see some of my thoughts. SPOILERS AHEAD.Â  You have been warned.

Admittedly, halfway through the game I started to ignore side quests.Â  Nothing in the game was horrible, but the side quests just didn’t do it for me.Â  I quickly jolted past mobs that were unnecessary to fight because I wanted to get to the story.Â  I didn’t care about leveling because I already felt like I put 30+ hours into character progression and exploring the beautiful world of Amalur.

The final boss and the way the story wrapped up leads into a perfect foundation for Copernicus.Â  The whole story was about a world where everyone’s fate was already determined — everyone except you because you’ve been brought back to life, thus having no place in the tapestry of fate.Â  Now you’re changing the world and thus altering the fate of others.Â  The game ends with you killing this awesome dragon named Tirnoch who is as strong as the gods of Amalur or something crazy like that.Â  Tirnoch aided in your revival because she was always captive by fate and you were obviously the solution.

Now everyone in the world of Amalur is free from the dictates of fate and free to create their own destiny.Â  Great tie-in for the MMO.Â  Below are some screenshots of Tirnoch, and you can find more at my STEAM profile. 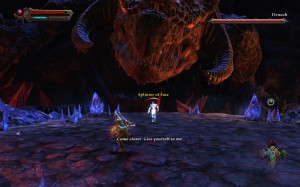 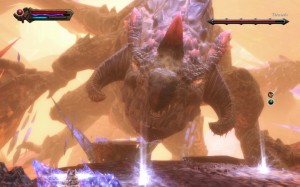 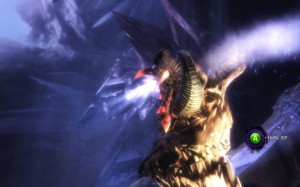