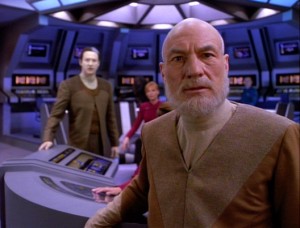 It’s both interesting and frustrating to watch people be skeptical that something in or about a MMO can work when many people, myself included, experienced those very things in a MMO years ago.Â  I see it all the time on gaming news sites.Â  The comments from some people make it very clear they missed out on a great game in the past.

I often find myself wanting to tear a hole in time so I can drag people back with me to see for themselves that many great ideas deemed impossible have been fully realized in the past.

Ideas like Planetside where you have a giant persistent world with massive battles consisting of hundreds of people fighting over a persistent base; Keep sieges in Dark Age with 500 people on the screen at 2am defending their realm’s lands; a world where houses can be placed anywhere and people claim a part of the world for themselves; Games with communities so strong that players literally spend hours just sitting in a tavern talking to each other because that’s how they’ve chosen to play their character — and the game facilitates that experience!Â  I could go on.

Games don’t have to lag with more than 50 people on the screen.Â  Quests aren’t the only way to level.Â  PvP doesn’t have to be confined to a box.Â  There’s more to games than combat.

When you see someone say “that will never work” to something that has been done, and done well, do your best to educate them.Â  When someone doesn’t ‘get’ what a game is trying to accomplish, inform them.Â  Often the ideals instilled into a game do not translate well over a video, press release, or web page.

My hope is that all good things don’t come to an end.Â  Nothing would give me more pleasure than to sit back and see others experience the same amazing things I got to do in MMO’s only a handful of years ago.Â Â  I believe the games in this industry will come full circle once this exploratory phase of trying new things is over.