Copernicus, 38 Studios’ upcoming MMORPG, has been the talk of our community lately.Â  Todd McFarlane let it slip that Copernicus is coming later this year.Â  This lead to questions on the FoH boards asking Curt to comment on the release date.Â  While he never did make mention of when Copernicus is coming out, he took the opportunity to actually let loose on some interesting Copernicus facts.

[Copernicus] will NOT be an ability based sand box game, it just won’t. So those of you that want that need not continue following this thread[on FoH]. Apologies if that was what you were hoping for.

It won’t reinvent the wheel in many ways, but I do believe it will introduce some things promised, yet never done, and some things thought un’doable’. It may not be your cup of tea, but I am betting, roughly 40mm of my own money, and crap ton of others, that we will change the MMO space forever.

It will not be a twitched based combat system, it will have classes, it will have things I think MMO players love, and it will do them as well as anyone ever has.
I do believe we will move the genre forward, how much we do will likely be on you, the players, to determine on your own if we did what you had hoped, or did not. [Source] 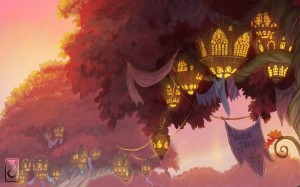 This sounds to me like we won’t see Reckoning‘s style of combat or fate system, and that the world will not be a sandbox in any way. Â  The big question that I see raised now is whether or not this will go the route of themepark game like World of Warcraft or find a niche yet-unnamed like Dark Age of Camelot and EverQuest.Â  There is still room for Copernicus to be the type of game I enjoy, despite so many doors being closed by Curt’s comments. That leads me to my next point.

Curt probably made a mistake by being so free with his words here.Â  I can imagine 38’s PR or marketing team freaking out right now. Before the game has even really had -any- information released, let alone a name, the head guy is telling some people to stop following the game.Â  It doesn’t matter if that’s not what he meant; that’s how people will take it.Â  Even if it’s not going to reinvent the wheel, that’s not something you drop on people like a bomb.Â Â  This may be the marketer in me, but I would emphasize what Copernicus does well and let the fact that the wheel is not being reinvented float by unknown or uncared about.

In the context of the FoH boards where this comment was made, a thread of over 12,000 replies, Curt is addressing the old guard wanting their in-game freedoms back and a game that isn’t a themepark.Â  He’s also addressing a very volatile group.Â  He’s possibly saying one of two things: (1) Copernicus will be a themepark, but you’ll like this one, or (2) We’re going for something closer to EQ.Â  I can see both being implied. Â  Curt is/was a huge EQ fan.Â  Many of us are still hoping for a game closer to EQ than WoW.Â Â Â Â  IF he’s making an EQ style game, tell us that instead of telling us a list of things it won’t be with a handful of hyperbole — especially on the FoH boards.

Bottom line, it’s what he flat out says Copernicus -won’t- be, in the context of the FoH thread, that gives people a bad impression of the game direction.Â  He’s deflating excitement and expectations; I’ve already seen it on our forums and in ventrilo.Â  I understand the concept of under-promise and over-deliver, which I detected in his words, but I think he may have gone too far. There are better ways to say what he said.Â  It just sounds bad the way it came out.

Anyway, I expect a response in the form of lots of positive information hitting the news sites to give players perspective on what we can expect.

[Edits made for clarity.]

Update: The more I think on the subject, the more I come to the conclusion that Curt should have said it entirely the other way.

He should have said â€œWe ARE reinventing the wheel.â€

If I understand what Curt is trying to do, heâ€™s trying to incorporate a lot of great ideas from the past and bring them to the present market. Heâ€™s going to take a lot of great things he knows MMO players love in the current market, and toss them in too. Then heâ€™s going to, hopefully, going to include ideas that have been talked about but never reached fruition.