Just one of those days that I can’t get away without doing a conglomoblog post.

This makes me wonder just how much of of the delaying can be blamed on the PvP they recently postponed.Â  Now that the game has a release date, I think I should start looking at what character I will play as first.Â  I know I’ll be doing a lot of playing in a ‘regular’ mode before going to hardcore.Â  I’ve also been looking at the skill trees, or lack thereof.Â  I didn’t realize they removed skill trees from D3 like back in 2009.Â  D3 now uses a very streamlined “you level up, you get 3 new skills” system.Â  Hopefully the ‘runes’ that can be slotted into skills will be enough customization.Â  This is one of those “wait and see” how it plays out situations for me. 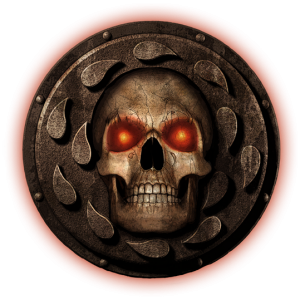 We’ve talked a lot about an Elder Scrolls MMO’s being an awesome idea… if they do it right. I guess we’re going to see if they can.Â  It’s no secret that an MMO might be happening, but some sort of official announcement, according to rumors, will come in May. Make this a sandbox title true to the franchise and you’ll make some very happy fans.Â  Mess it up, and this could be the end for Elder Scrolls.Â  I really can’t even begin to speculate how they’ll pull it off because, in reality, the idea of an Elder Scrolls MMO actually happening has always been more of a “it’s cool because it’ll never happen” concept.

I don’t know whether to be mad or excited.Â  Graev and I just bought the original BG1 and BG2 from GoG.com and now an enhanced edition is coming out with more content and ‘enhancements’.Â  Right now we know a whole lotta nothing about the game other than its release date: Summer 2012.Â  The debate has already begun as to whether or not we continue with the originals or play the enhanced edition when it comes out.Â  I guess it depends on if there is multiplayer?