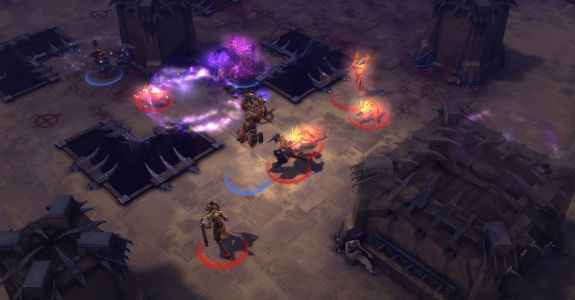 I’ve been asked to comment on the news that Diablo 3 will not have PvP Arenas at launch.

I don’t know whether to be glad that Blizzard was wise enough to hold back something they knew wasn’t up to their level of qualityÂ  or sad that they’re going to release the game before it is 100% complete.Â  The only reason this is news at all is because of Blizzard’s long-standing tradition of only releasing a game when it is ready.Â  I remember waiting for every Blizzard game since WarCraft 2.Â  One memory in particular is from back in middle school.Â  My friend and I were in PE walking the track talking about when Diablo 2 was going to come out.Â  I vividly remember our discussion, even back then, how much we both hated the time it took Blizzard to release a game after announcing it, but we always knew it was for a reason.

Understandably, many people are very upset.Â  This sounded like a cool system, and it will be fun I’m sure when it is patched in.Â  However, how many of the people freaking out actually played Diablo 2?Â  The video game industry has grown so much since 2000.Â  If this were a MMO, I’d venture less than 1%.Â  Diablo 2 didn’t have arena pvp.Â  Players had to enable pvp and then agree to fight.Â  This resulted in just a handful of player created rooms, capping at like 8 people,Â  basically fight clubbing it in the first town.Â Â  PvP was pointless.

The point I’m making is Diablo 3 can be entirely without any form of PvP and it will not change the Diablo experience familiar to the fans.Â  Diablo is about dungeon crawling hack n slash loot finding mayhem.Â  It’s about the story, coop runs with friends, and magic finding.Â  Diablo isn’t about arenas.

That said, both Graev and I are very sad since this would have been fun to do right away.Â  We’re also sad to see the change in policy at Blizzard.

Graev has been whispering to himself in the corner these past few days: “First they came for our custom maps, and I said nothing.”Â  I better go check on him.