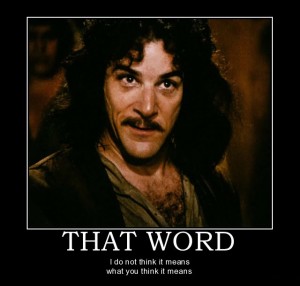 A member of the K&G community (Howdiedoodie) pointed this article out to me from CNN on the subject of Rift taking on World of Warcraft.Â Â  I warn you in advance that I am going to be highly critical of Rift.Â  I find the article to be 99% hyperbole and 1% wishful thinking.Â  I’ll start by picking apart some of the article.Â  To make this easier to read, I’ll indent, italicize and bold the quotes from the article with my responses following.

“The two factions aren’t necessarily battling each other, but are trying to show which way is the best to save the world.“

Wrong.Â  The two factions are battling each other.Â  It’s Horde vs. Alliance in every way imaginable.Â  You fight in battlegrounds, you fight in the world (on PvP servers on PvE if you flag) and you’re set at odds against each other.

“It was all about … ‘Think of all the cool stuff we could build if we had technology that would let us do 500 players in one place, 1,000 players in one place, big events that start up and shut down on their own. A world that is truly alive.’ ” […] “Because of the technology (we built), we wanted to take on the most established online gaming category first,” Butler said.Â  “We felt we had what it takes to substantially address some of the shortcomings that this genre still has.” (And so on and so on)

They’re referring to how they have server functions on separate servers.Â  This is not new, nor invented by Trion.Â  It’s been done for years.Â  This is why the chat servers come down or the loot servers or the instance servers in WoW and a dozen other games.Â  It goes on to say that this reduces lag.Â  The article quotes Scott Hartsman and says that they imagine 500 to 1000 players in an area all at once.Â  I would like to know what the heck they imagine those players doing and if they’ve played their own game.Â  The engine is clunky compared to WoW’s and it lags with 50, let alone 500 people on the screen.Â  It doesn’t add up.

“What people see in ‘Rift’ right now is pretty revolutionary as well as a great foundation for us to keep adding more unique types of things to do.”

“Even the best fantasy MMORPGs out there are still mostly static. They have very limited social game play,” Butler said. “They’re getting old.”

Or could it be that your game, along with the rest, ARE in fact in direct competition with WoW because they ARE just like WoW?

The article mentions, in the context of Rift being unique, that Rift has a sense of urgency because there is always something going on and that the world is dangerous and a new adventure.Â  I don’t feel that at all.Â  I feel more like the world is cramped and full of tons of mobs running willy-nilly all around getting in my way like they’re programmed to just amass and charge a predetermined location.Â  It takes a whopping 30 minutes to ‘figure out’ the Rift system.Â  It takes 2 minutes to realize the souls are talent trees.

I’m picking on them but it has to be said.Â  It’s not right glorifying the generic or claiming uniqueness when all that’s been done is continuing the trend of copying WoW.Â  They won’t tell CNN that their game is like WoW with a few twists.Â Â  It doesn’t achieve the same impact as (in a deep voice) “taking you on an adventure you’ve never been on before!” does it?Â  Those who know better need to speak up and not let people get away with making inflated claims.

I’m getting tired of reading the public statements from Trion employees — I cringe when I read them.Â  I felt the same when Mythic couldn’t learn when enough was enough.Â  Rift is a decent game but generic and certainly not addressing -any- “shortcomings that this genre still has.”