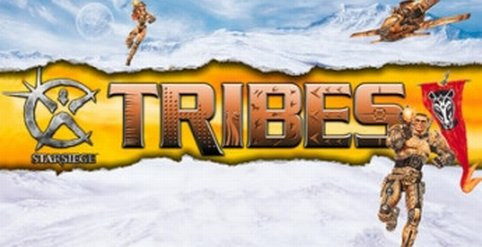 That’s the list of highlights from a game in the beginning stages of development by Hi-Rez Studios (the people who brought you Global Agenda).Â  That sounds just about like Planetside, doesn’t it?Â  In fact, that sounds like the game I had hoped Global Agenda would be and exactly like the game I criticized them for not making when they released Global Agenda.Â  However, it’s not Planetside and it’s not just a random MMO (or whatever we’re supposed to call it…) — it’s the next Tribes game.

Hi-Rez has acquired the Tribes Franchise.Â  I choked on my Diet Coke when I heard the news.Â  I’m full of mixed emotions.Â  I LOVE Tribes with a passion and I have wanted it to return so bad, but do I want Hi-Rez to make it?Â  This is the company that, in my opinion, botched their first attempt.Â  On the other hand, this time it appears they know right away what went wrong with Global Agenda and they’ve already listed highlights from “Tribes Universe” that appear to address everything I disliked about Global Agenda.Â  Then again, they’re turning it into a MMO and that’s -not- what Tribes is about — will they miss the mark again?Â  You can see what I mean by mixed emotions.

I feel vindicated for my harsh criticism of Global Agenda, especially after this statement found in the announcement:

“As we worked on Warzones we found too many design and programming issues to make it practical. Global Agenda was designed around 10v10 team play and there was no practical path found to scale it up in a significant way (to large scale numbers like 100 players in a single area). As a result we plan to continue releasing more Global Agenda content but only in the formats players are already familiar with. (Special Ops, Raids, Merc Missions, etc)”

I had a feeling.

Unfortunately, and this can be seen in the discussion following their announcement, Global Agenda will most definitely fall by the wayside.Â  I feel that few people, given the choice, would play Global Agenda over Tribes Universe because it seems to be exactly what Global Agenda is not.

Clearly Hi-Rez received all the feedback from GA and made a decision.Â  I think it went down like this:

Hi-Rez: “Here’s Global Agenda!”
Players: “It’s not like Tribes -OR- Planetside! What is this?!”
Hi-Rez: *Internally* “Umm what should we do? We didn’t release Tribes or Planetside and that’s sorta what we billed our game as being… I know, let’s buy Tribes and make the next installment of this beloved franchise with a blending of features from Planetside!”

As silly as that sounds, I think that’s what happened and it makes sense. It’s also smart. Additionally, they already have the basic skeleton of the game done. Global Agenda offers them a way of repackaging a lot of their engine. I’m not necessarily a fan of what I refer to as the “Cryptic Model”, but in this case I think it will work out just fine if they can fix the technological issues alluded to in their announcement.

Why is it smart?Â  Simply put, I had no intentions of ever giving Hi-Rez the time of day.Â  Now I’ve been brought back in… drawn by the name Tribes and the features of Planetside.Â  This will be the last chance though.Â  By taking upon themselves the name of Tribes they have now inherited a passionate fan-base that will gut them and leave them to die if they sully the name.Â  This second chance for Hi-Rez is either a new beginning or the absolute end.

P.S. The guys at Penny-Arcade know what’s up.