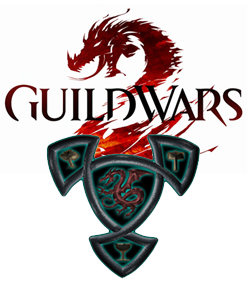 ArenaNet knows how to get my attention: drop the DAOC bomb when talking about PvP. Published a few days ago on mmorpg.com is an interview with a couple GW2 devs and in it they’re asked a very good question about player camaraderie and how it’s been lost over the years. This statement is true. The camaraderie between players on a server (EQ) or faction/realm (DAOC) has been squashed by the importance of the individual and guild superseding that of the greater community. That’s a huge problem.

Here’s what the dev replied:

“The other thing that I think is important and this is not a direct answer, but we have World vs. World PvP in Guild Wars 2. I think that will impact PvE as well. Which is your server shard matched up against two other servers in open world PvP. If you like Dark Age of Camelot, this is, in our minds the next evolution of that. It is something that really drove community and you care about what you are doing on a PVE and PvP side. You care about the people on the server. We think we will have those bonds because your server is matched up against two other servers. So it is just that much more important that you become friends and you bond with the players on your server. So the friends you make through PvE and Dynamic Events, those friends will carry over into World vs. World PvP. You may get out of World vs. World PvP and go back to early zones to do events with new people and help encourage them to join you in the fight for your server to take part in battles and beat the other two. We expect large strong communities on each server and I think PvP will end up affecting PvE because people will work together.” -Colin Johanson (Lead Content Designer)

That is the single most intelligent thing I have read from a developer interview in a long time. If this guy’s answer truly reflects what ArenaNet is doing then they have nailed the IDEA behind what I go on and on and on about constantly. If they can just implement and have it work in practice like they want it to in theory then they’re brilliant. Sure, it would be better if it were on a single server and persistent between factions without being swapped around so that rivalries could form but at this point beggars can’t be choosers.

On the official GW2 Wiki “World versus World” (WvW) page, there’s a lot more information about how these match ups will work. Again, I stress that I believe in the idea behind what Colin Johanson was saying but the devil is in the implementation. Reading this wiki page, one could easily think of Alterac Valley — in which case I would promptly vomit and go into conniptions.

“Each opposing world starts out with castles, mercenary camps, mines, lumber mills and villages. Separating the starting zones are neutral zones controlled by no one, also containing fortresses, mines, and villages.

The resources gained from mines and lumber mills are used to rebuild walls, create siege engines, and generally defend the team’s fortress.

These territories and control points will confer benefits to the world that controls them; “maybe everyone gets increased energy regeneration or healing rate or enhanced loot drop rate.” Players can gain experience and level their character in World PvP. Guilds will be able to take and hold keeps.“

Sounds a lot like DAOC’s relics, frontier, and keeps.Â  There’s even talk on there about 3 factions floating around (can anyone confirm GW2 has 3 factions?Â  I can’t find it.).

If you didn’t have a reason to follow GW2 before — and my hopes were honestly dwindling — then maybe you can get behind this idea of the developers trying to rekindle “Realm pride” and a meaningful sense of PvP again. Funny how just yesterday I posted about wanting something like that again…

Btw, this information came from our wonderful Keen and Graev Forum Community in our Upcoming Games section. It’s has fantastic information collected by members of our community. (Thanks Balthazar for pointing out the interview!)