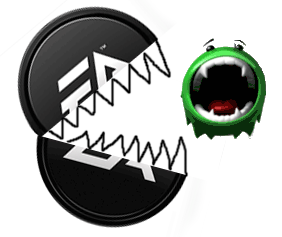 Today there was a press release from 38 Studios announcing that they have made a publishing “agreement” with EA for their upcoming “epic single-player role-playing game”.  I feel like I’ve just witnessed someone announcing that they have signed a deal with the devil.  EA was once referred to as the the kiss of death to any company and/or games acquired by them.  If you’ve been around long enough you’ll remember lines like “EA kills whatever it touches” and the debates about whether or not EA is worse than Activision.  A bit extreme, but justified given their record.

Steve Danuser (Creative Director at 38 Studios) recently left a comment in one of my posts:

“Gamers need to stop thinking that press releases are written for them.

Press releases are written for reporters, investors, and executives. They are meant to grab the attention of low-attention-span suits who don’t have time to really understand anything about games besides whether or not they will make money…”

An understandable sentiment, although I have poked holes in it before.  Let’s ignore the whole side of press releases where things announced make it onto feature lists, etc. etc., and focus on another angle.  These releases which are supposedly not written for gamers, yet pasted onto every gaming news site out there and publicly available for the world to see, do carry with them influence and relevant material for the players whether or not they’re intended for our us or not.

As a player, here’s what I see: 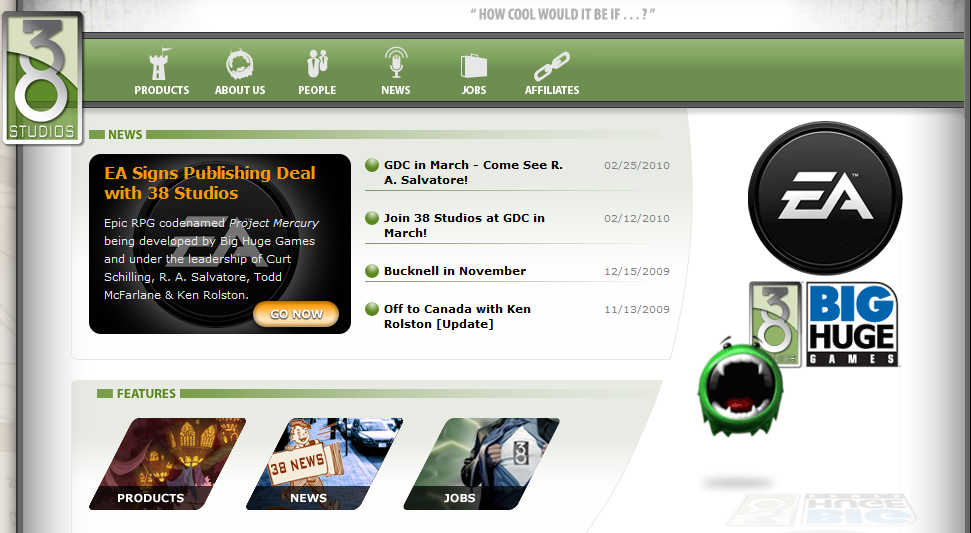 On 38 Studios’ main page, and many subsequent pages for that matter, you’ll now find a big fat EA logo.  Note the placement of said logo.  It is at the top.  Note the size.  It is the biggest of the logos.  Am I wrong to read into this?  It seems silly to ignore history when it is reenacting itself right before my eyes.

Clearly 38 Studios needs the money and/or channels provided by EA or else the partnership would not have been made.  No one says, “Hey, I think it would be fun to partner with EA!!” — doesn’t happen.  As a prospective player I am immediately seeing warning signs that I’ve seen in other games such as Warhammer Online.  EA has a way of forcing things to release.  EA has a way of acquiring their partners.  EA has a way of influencing and directly controlling the design of the games they publish.  These are facts.

Perhaps EA will remain hands off and simply publish.  Perhaps EA won’t sneak its way into other titles from 38 Studios such as their MMO.  Perhaps hell will freeze over.  Good luck on this one guys… I’m afraid I already know how this one will end.

So, if these press releases aren’t written for gamers, then why is this one speaking to me ever so clear?