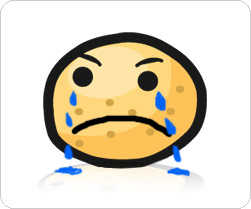 What an interesting past two days this has been.Â  I’m going to get right to it guys.Â  I’m not interested in being a jerk or completely destroying people.Â  I am, however, interested in presenting the facts and the truth of a situation.Â  The bottom line right now is that Allods Online is facing some series issues and it’s all kind of coming out at once.Â Â  I’m going to try and give you guys the facts about what we know has happened to bring you up to speed and inject a bit of my opinion along the way.

The Cash Shop came up yesterday with prices 20x those the Russians pay (add a 0 to everything).Â  gPotato’s official statement was that these prices are intended and will be evaluated over the next few weeks.Â  This caused a massive uproar on the forums showing everyone’s disdain for what was dropped on the players.

Most of us came to the conclusion that even if these prices are here to stay that we would continue playing.Â  Why?Â  The game is fantastic.Â  I played to the end-game during closed beta and saw the raids, the astral ships, the questing, the dungeons, and I really do think it’s one of the better games out there.Â  This is why I’ve spoken so highly about the game and suggested it to friends.Â Â  The key point I’m making here is that I did all of this without ever once using the cash shop.Â  So fine, in its current state we can survive and play for free.Â  Joke’s on gPotato, right?

Enter Astrum Nival, developers of Allods Online.Â  Today the patch notes for 1.0.07.07 were released for the Russian Version.Â  Guess what was in these notes?Â  Game breaking changes to the cash shop.Â  Being resurrected by other players now gives you Fear of Death (the death debuff).Â  In Heroic instances, which you can not leave, this essentially means you must have perfume to remove the debuff.Â  Clearly promises are broken here.Â  Given that the NA version must pay $13.50 for a stack of 20 perfume, the math was done and we’re looking at over $50 / month in order to participate in end-game PvE.Â Â  Top it all off?Â  Fear of Death now lasts 2 hours at level 40.

In addition to the game breaking cash shop change, classes were nerfed.Â  The Warden class (which I play) has had its renew changed completely to a more active ability on a one minute cooldown.Â Â  Scout speed cooldown is nerfed.Â  Psionicist speed buffs were dropped from 30% speed to 10% speed.Â  Several other changes to classes result in almost everyone being pissed off.Â  Mounts were also added but require you to purchase food for them from the cash shop in order for them to work their best.

Nobody is happy about any of this.Â  Not even the GM’s who are having breakdowns over the whole thing.Â  The forums are a complete hell hole right now with topics being deleted like crazy.Â  Players have pointed out that Gala-net has an F rating with the BBB.Â Â  Clearly it is not a good day to be working for gPotato and it’s certainly not a good day for fans of this game.

Bottom line here is that the game is being mismanaged from both sides.Â  gPotato crucifying the cash shop + Astrum Nival suddenly losing their sanity = Game Over.Â  Patch 1.0.07.07 will be the end of the game for pretty much everyone and not by choice.Â  We’re all very confused as to what is going on right now.Â  None of us can afford to pay $50-$75 per month to PvE at level 40.Â  None of us understand why the game that was literally pure gold is now struggling to hold on for dear life and how it all happened at once…

Conspiracy theories abound with crazy ideas about contracts being breached and AN driving the design of the game into the ground in order to ruin gPotato who then in turn jacks the cash shop to ruin the game.Â  Another great theory is that the Russian version has lost so many players that the NA version is being tanked on purpose to drive those players back.Â  It’s all speculation but it makes a lot more sense than watching two companies suddenly lose their minds.

Get your crap together gPotato/Astrum Nival.Â  We don’t have any interest in waiting for you to learn how to run a company or design a game properly. Â  You’re wrecking a good thing and no one is going to let you get away with it.Â  From where I stand you’re embarrassing yourselves and those of us who spoke so highly of your game.Â Â  The next email I get better be explaining how the situation is being rectified.Â  If not, please do not bother contacting me again.

To end this post I want to say that all of us (the 40 of us currently talking on Ventrilo) have spent the entire day talking about this.Â  The conclusion we’ve reached is that we want to continue playing the game.Â  We’re going to give gPotato a chance to fix the problem and for Astrum Nival to stop the patch from hitting the NA servers.Â  We enjoy the game enough to keep playing and we’re not going to stop until the patch literally forces us out.