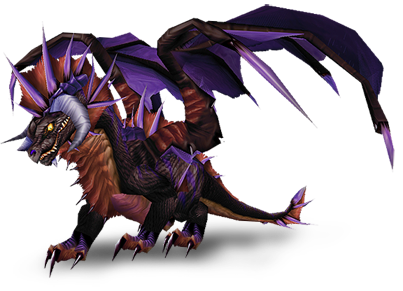 Without a doubt one of the funnest encounters ever in WoW for me.Â  I was among one of the first groups to actually down Onyxia several years ago and I have yet to have as much fun in an encounter in WoW since.Â  I have fond memories of getting people together who weren’t even at the level cap yet, still in their Strath/Scholo sets (before they were revamped), and taking her down.Â  It took teamwork, precision, people knowing how to play their class, and a little luck to survive the chaos.

Learning the fight and coordinating 40 people to work together was the hardest part.Â  I remember leading several Ony raids with my guild and watching as people could not get it through their heads that if they did not move when she breathed that they would die.Â Â  Watching rogues sit at her tail just to die or get launched into her eggs was one of those “derrr deee derrr” moments.

Onyxia always remained an inexact science for us.Â  Even when we were all decked out in T1+ it was a challenge when she would pull something random on us.Â Â  That’s what I liked about that encounter most though because it wasn’t like Molten Core where the fights were so consistent that I could watch TV while raiding on my paladin.Â Â  I had to pay attention.Â  The adrenaline always rushed when we raided her.

Being the first to take her down on our server and watching the announcement be displayed over chat and her head hanging in Orgrimmar was one of those “I did that!” moments for me.Â Â  I think she always represented the type of raid that WoW needed.Â  It was a very, very quick fight with only a couple dragonkin in the way.Â  It took maybe 5 minutes to get to her once you start and the whole raid never took more than 30 minutes.Â Â  I remember wishing that all raids were like that because having to sit for 5 hours in Molten Core or BWL was such a waste of time.Â  Onyxia was a quick dangerous kill that gave you recognition and reward.

Now that Onyxia is being brought back to WoW in a new patch, I have mixed feelings.Â  She has been so degraded over the years.Â  I remember hearing that Deathknights solo her.Â  It took FORTY of us to take her down.Â  She’s coming back with updated “encounter mechanics to be more fitting for modern raiding”.Â  Blizzard says the deep breath will still be there, but I hope they don’t dumb her down.Â  The random wipe was important.Â  People being kicked into eggs was important.Â  Add more to the fight.Â  Give her new abilities.Â  Make her fight more dynamic.Â  Just don’t touch the spirit of the fight.Â  Also, don’t disgrace her lair by placing her at the end of some 4 hour raid.Â  Give her a new spruced up Lair, maybe move it to a new location and fudge the lore like you’re good at, but keep the memories intact.

This is the dreaded Brood Mother, and she’s no one’s bitch.Â  Remember that.

P.S.Â  What will they do about attunement?