I’m in a dry spell here folks.Â  I can’t think of anything specific to talk about, so I’m going to give you the quick rundown, aka “what I think about that”, on a bunch of random things undeserving of their own entry.

[Mortal Online] The last thing I ever want to see in a game is some dip’s dong as he teabags my corpse.Â  I won’t link to any of the NDA violations out there here, but you can find them out on the web if you look hard enough and it will make sense.Â  Apparently things are going pretty rough for the testers and my spidey sense is tingling with Darkfall vibes.Â  I didn’t pay the big bucks to get into their beta (I draw the limit at $20 for a beta – payed it for SWG back in the day) and I’m starting to really feel good about that decision.Â  I don’t know if I have it in me to try a game like Mortal Online.Â  If doing it “different” means getting burned, then I’ll stick with what I know.

[StarCraft 2] Sales figures are already being predicted for SC2.Â  I wish it was my job to predict a Blizzard game would do well.Â Â  If it wasn’t clear yet that they care about $$$ more than releasing good games – even after delaying Bioshock 2 because they didn’t want to release too many good games at once – then this article should clear that up.

[Steamboat Willie Steampunk Mickey] This is the first “steampunk” game that has ever interested me in the slightest.Â  I have no idea what to expect and quite frankly I’m a bit unnerved to see pictures of zombie Goofy and Mickey with spider legs… gives me the willies (see what I did there?) 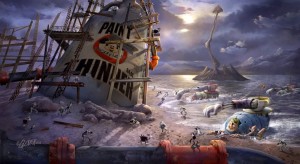 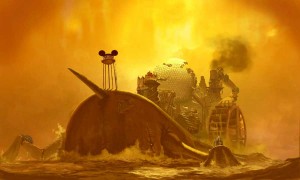 [38 Studios’ Copernicus] All it’s going to take for Copernicus to launch is 100 billion dollars!!!! bwhaaha!! 50-100 Mill a lot of money. For a minute there I was afraid that Bobby Kotick was going to be proven right.Â  Don’t EVER SCARE ME LIKE THAT AGAIN!Â  I guess it was all some poor reporting by the Boston press, but it’s still interesting to hear that 38 needs more money.Â  Hey, I’ll start paying $15 a month right now if you let me play what you have so far guys.Â Â  Some people are running for the hills screaming “Not again! We just got over WAR!” but I’m not ready to put on my running shoes yet.Â  Look, pay cuts need to come from somewhere and I think it’s time to let Munch go.Â  He’s a drain guys.

[Aion] I’m still debating whether or not to pre-order/buy from Steam, Gamestop, or NCsoft. If I get it from Gamestop then I won’t get the CE.Â  If I do decide to get the CE then I want to buy it digiticaly (already have it installed) and pay just $10 more for the in-game extras like wings and a week of play.Â  Buying it on Steam means that Steam launches the NCsoft patcher and that seems like a silly extra step when I can just get it from NCsoft.Â  I do love me some Steam though…Â  In other news, I decided that I’m going to play a Chanter as my main character and a Gladiator as an alt.Â  I’ll be giving lots of feedback on the class this weekend when I play CBT#5.Â  I decided that I’ll casually play my Elyos Chanter (level 12) and not spoil Asmodian content.

[Heroes of Newerth Beta] A big patch came out today.Â  S2 added a new 3v3 map, a new hero, and revamped a lot of the front end match making stuff.Â  The new map is decent; It’s a 3v3 diamond shape with two lanes on either side surrounding a circular area of jungle full of creeps.Â  It’s just big enough that you can’t run across in time to participate or stop a gank, but small enough that you don’t feel overwhelmed when running back to the shop.Â  The new hero is the Valkyrie (aka Priestess of the Moon from DOTA).Â  I haven’t been able to play as her yet, but I loved the PotM from DOTA and the magical touch of polish and gloss makes her oh-so-nice.Â  Unfortunately, lots of performance issues accompanied this patch.Â  Hosting games is borked and something throws you into someone elses game making multiple hosts and sometimes the lag is so bad it’s unplayable.Â  Should keep them busy for a while.

[Modern Warfare 2] PC users are not special enough for a special edition.Â  We’re not even harden enough for a Harden edition. :(Â  That means no toy night vision goggles for those of us who like to play the games the way they’re meant to be played. Yeah, that’s right, I’m a Mouse and Keyboard purist baby.Â  I also like my graphics crisp and my gameplay above 60fps.Â  Is that a crime?Â  I would have gone for a digital download anyway.Â  You can keep your goggles.Â  There was also a price hike though so it’s going to cost $60 … for a PC GAME!!

That’s all I got.