Lately I have been playing on Phoenix Throne on my Ironbreaker (Stocky Rumblebelly).Â  Phoenix Throne has revitalized my love for Warhammer Online just as I thought that perhaps I was wrong about the game.Â  You see, Wolfenburg server, while not entirely bad, has a D+ community that doesn’t quite seem to grasp what this game is all about.Â  Phoenix Throne, however, has an A- understanding (great, but admittedly not perfect) and seems to bring out a lot of the best in WAR.Â  The community talks in chat channels; not just the default channels but in custom made RvR channels.Â  The community roleplays, hangs out in the capital city thus forming a sense of population, and actually does ‘stuff’. 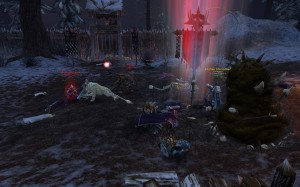 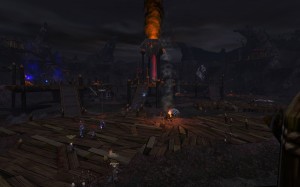 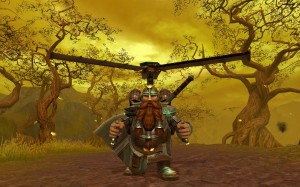 On Phoenix Throne I have experienced, in just this past week, more than I have experienced in over a month on Wolfenburg.Â  Open RvR is an hourly occurance in all tiers.Â  Order and Destruction are evenly matched on the battlefield and – dare I say it – actually stick around after a defeat.Â  In one hour of queueing in T3, I’ve seen FOUR (4) different scenarios (all amazing in design) – Tor Anroc popped LAST!Â  In T2 all the scenarios are played and the winning goes back and forth.Â  I find myself reluctant to level because I’m having so much fun.Â  Sadly, yes sadly, the exp is so good from scenarios that I’ve barely had to quest and I’m being ushered into T3 faster than I would like – that’s a farcry from my experience on my other characters where I was struggling to level because nothing was going on.

So now I sit on Stocky Rumblebelly on Phoenix Throne at level 21.Â  I’m loving the game, loving my guild (Happy Fun Guyz have added an Order division on PT “Black Fire Fellowship” (I know, Rp’ish of us)) We have not completely given up on Wolfenburg but right now we can’t bring ourselves to hating the game again when the alternative is to have so much fun.Â  C’est la vie.