It’s once again Halloween!Â  This is one of our absolute favorite holidays that we look forward to every year.Â  The house gets decorated with Halloween and Fall-like decorations and we get to eat our traditional Chilli and Corn Bread dinner.Â Â  Although Trick-Or-Treating ended many years ago for us, (not by choice but because the neighbors stopped giving us candy) we still enjoy the spirit of the Holiday and hope that you do too.

This Halloween in particular is the second that we get to celebrate here on our blog!Â  We started our blog in February of 2007 and sometimes it’s hard to believe that we’re creeping up on two years.Â  We want to start a tradition this year by posting screenshots of our characters in-game to sorta document where we are each year in relation to the particular holiday.Â  Last year, as you may or may not recall, we were playing EQ2. 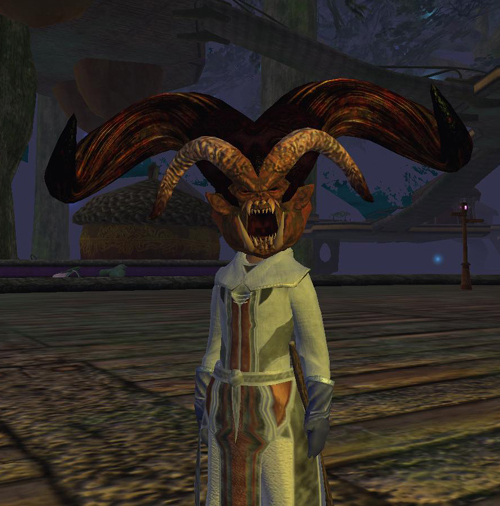 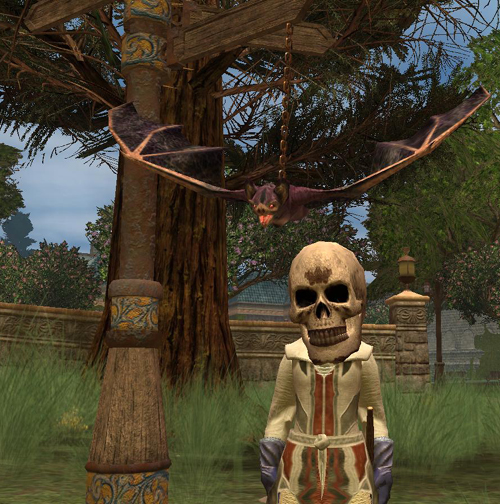 This year we’re in Warhammer Online! 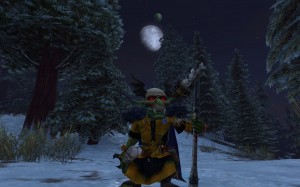 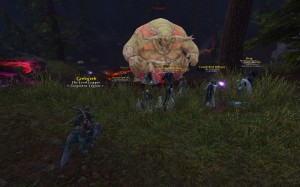 This year in Warhammer Online the Witching Night event has been taking place.Â  Players can also explore the world and find Couldrons that spawn spirits and crones that can be slain to drop masks, give influence, and other stuff.Â  During this event players can also meet in the Open-RvR areas and do battle with each other to win a Public Quest.Â  The first stage of this PQ requires players to kill 100 players of the opposing realm.Â  This seems like a lot but when the RvR picks up it can go by in less than 20 minutes.Â Â  So far the RvR-PQ’s have proven to be absolutely enormous draws for players to participate in RvR.Â  People are flocking to the RvR lakes and, most of the time, sticking around to fight eachother after the PQ is over.Â  I think Mythic can consider this event a success and can now turn to the development of RvR-PQ’s for permanent implimentation.

It’s interesting to note that all of this is over ‘fluff’.Â  The items here are masks, capes, and other stuff which can be replaced easily.Â  People aren’t fighting here for points (Although the EXP has been fantastic).Â  They’re fighting for silly things of little importance to their characters, but a lot of importance to fun.Â Â  Now if this can be capitalized on then Mythic will easily be able to implement PQ’s without worrying about balance or itemization; however it should still be put into the game to entice those who would be attracted to the phat lewt.

I would be interested in hearing about Halloween in other mmorpgs if any of you have stories to share.