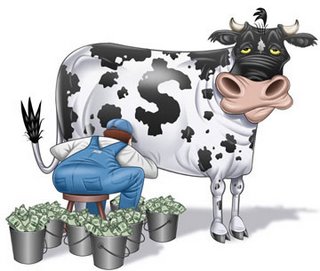 More of the same from Blizzcon.

“When asked to expand upon a button found by sifting through the Lich King betaâ€™s data files named â€œPaid Character Customization,â€ Brack initially hesitated to give any answer at all. Several questions later, he went back to the matter, saying that he could, in fact, confirm that World of Warcraft would eventually have some form of paid character customization, though they themselves hadnâ€™t yet worked out any details.” [Source]

It’s the people who pay for this stuff, the people who eat it up and love adding fairy wings, space helmets, or ninja masks to their characters that drive this micro transaction market.Â  I loathe it. Â  Almost as much as I loathe….

StarCraft 2’s Trilogy being stretched out over several YEARS.

Blizzard’s Vice President of Game Design Rob Pardo wants us to think about Starcraft 2‘s two followups, containing the Zerg and Protoss single player campaigns, as expansion packs, so does that mean they won’t contain as much gameplay as the Terran-based initial game? Plus, you’ll have to wait at least whole year between “expansions.” Said Pardo, “With any luck, it would be like a year for each successive one, but that’s going to be a target date, that’s not a promise.” [Source]

Translation: We are Blizzard.Â  When we say a year, we mean 2.Â  When we say “with any luck”, we mean no chance in hell.Â  We see the potential to stretch this game’s shelf-life for nearly half a decade in the west and we’re going to take it.

The worst part about it all?Â  Their games are always awesome and I’m going to buy it anyway.Â  Well played Blizzard… well played.